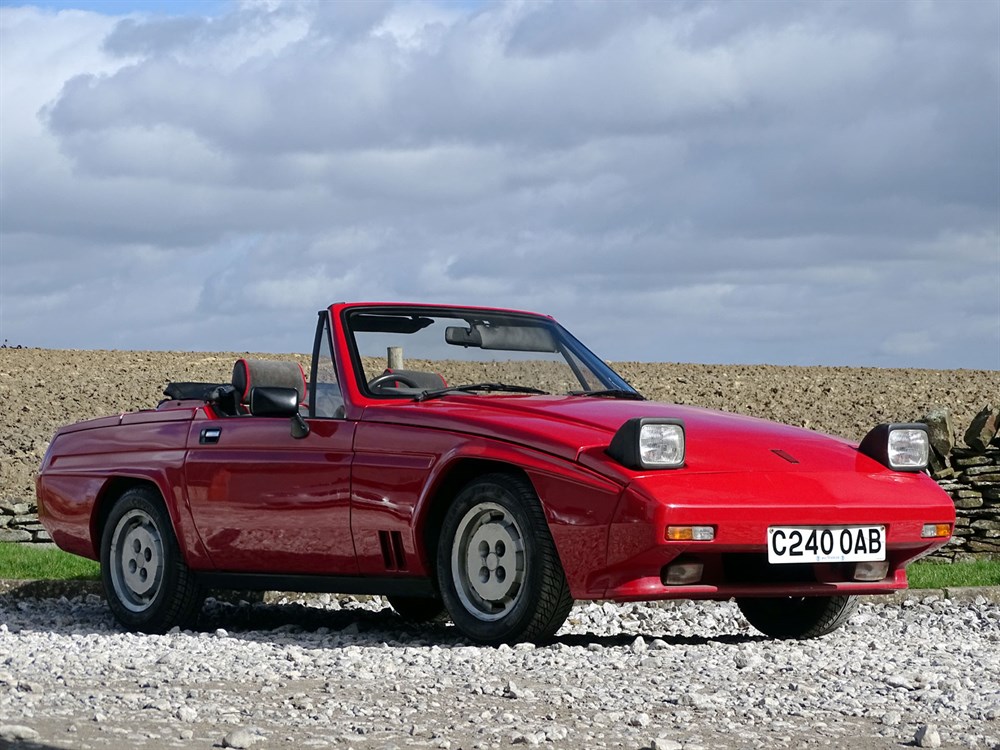 - All service books and manuals present

Surely a unique opportunity to acquire genuine one owner low mileage and fully serviced SS1. Reliant's October 1984 launched, Scimitar-badged 'Small Sportscar 1' was aimed at filling the market gap vacated by the MG Midget. This charming SS1 was delivered to its one and only lady owner by Will Sparrow Ltd, Reliant main dealers in Warwickshire on 13th August 1985. It was specified with soft top, factory hard to and hood cover. The warranted mileage of 34, OOO is warranted and fully supported by its comprehensive stamped service book which shows a very healthy approach to annual maintenance and shows it has been in continual but very light usage since its first registration. The car comes complete with all service books, owners handbook and pleasingly retains the original dealer number plates and rear screen sticker. Offered with current MOT until November 2019.

Aiming to fill a gap in the small sports car market, Scimitar SS1 was launched in 1984 at the British International Motor Show in Birmingham. It was Michelotti's last design. The name was reported to stand for Small Sports 1 Despite plans for production of 2000 a year, only 1,507 models were produced in the ten years of overall production. In 1990, the SS1 was renamed as the Scimitar SST following a facelift and in 1992 was re-launched as the Scimitar Sabre. Sales of the Sabre ceased in 1995 with the collapse of Reliant. The chassis was inspired by that of the Lotus Elan. The 1.3 L (later replaced with a 1.4 L) and 1.6 L engines were Ford CVH units, front mounted driving the rear wheels through a four-speed gearbox on the 1300 and 1400, and a five-speed gearbox with the 1600. The suspension was independent all round using coil springs with semi trailing arms at the rear. The body panels were made of polyurethane or glass reinforced polyester, fitted to a semi-space frame backbone chassis. The panels were designed to be easily removed and replaced to repair accident damage. A removable hard top was available as an option.
Share: