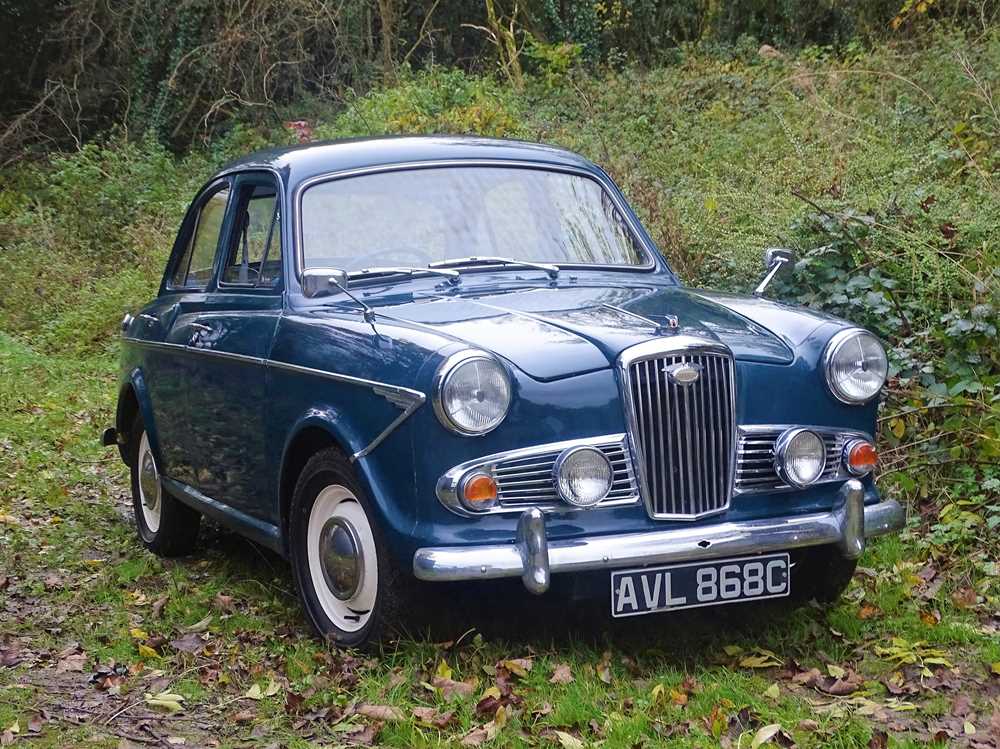 Introduced in 1957, the Wolseley 1500 (and its Riley 1.5 sister car) married the Morris Minor floor pan to a rather more conservatively styled superstructure featuring the marque's traditional front grille. The Minor's torsion bar independent front suspension and rack-and-pinion steering made for good ride and handling, while the 1,489cc 'B'-Series engine endowed the twin-carburettor Riley with respectable 85mph performance. As befitted a product of one of BMC's most prestigious marques, the Wolseley 1500 came with a well-equipped interior boasting leather upholstery and plentiful wood veneer trim. The last of the Wolseleys with anything like its own individual character, albeit one shared with the Riley, the 1500 remained in production until 1965, by which time over 93,000 had been made.

This final model year example was supplied new via Wolseley distributors Curtis Garage Ltd of Lincoln (with a sticker from them displaying on the dashboard) and was first registered on the 5th of March 1965. Fitted with the 1489cc straight-four engine mated to the four-speed manual transmission and finished in Blue with Blue interior upholstery, ‘AVL 868C’ displays a credible but unwarranted c.34,000 miles with nine registered former keepers. Benefitting from recent upgrades including adjustable shock absorbers, polybushing all round and renewed brakes including a front disc conversion, the 1500 is fitted with all matching tyres and has received a service in the past couple of months. Ideal for entrance to historic rallying events, the Wolseley is offered with a V5C document, current MOT until June 2022 and an MOT history print-out.