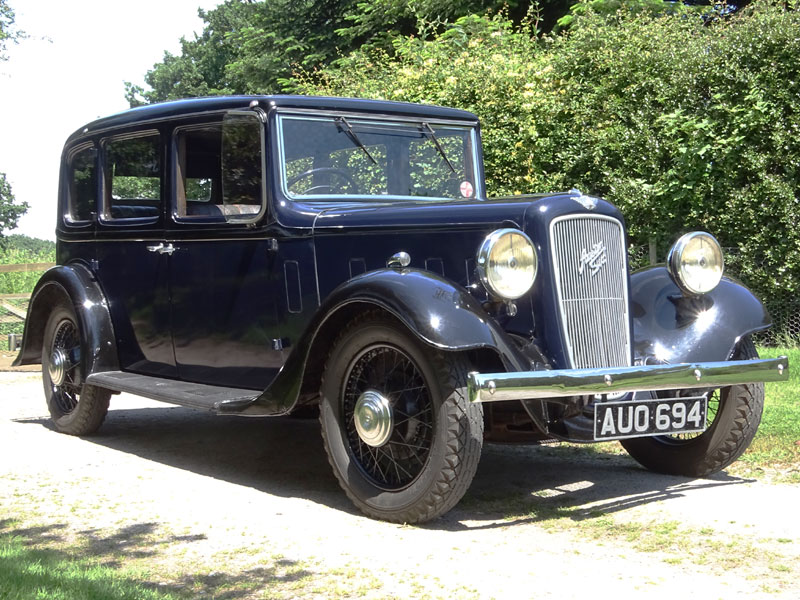 Part of the revised Austin range introduced for the 1935 season, the six-cylinder 16hp and 18hp cars could be had in standard or long wheelbase guises and with a choice of Westminster, Chalfont, York or Hertford saloon coachwork. A six-light design mounted on the extended chassis, the York model boasted a Pytchley sliding roof, low floor, wide doors, large windows and separately adjustable front seats. Equipped with all-round semi-elliptic leaf-sprung suspension and four-wheel drum brakes, the 18hp variant was powered by a 2511cc sidevalve straight-six allied to four-speed manual transmission. Although no sportscar, it was reputedly capable of 65mph and 20mpg. Priced at £328, the 18hp York Saloon was available in Royal Blue, Maroon, Westminster Green, Black or Ash Grey, while its interior could be trimmed in Hide, Bedford Cord or Moquette upholstery (occasional seats were a £7 10s 0d extra). Well regarded machines, the six-cylinder 16hp and 18hp cars are thought to have accounted for 12,731 sales between 1935 and 1937. Though, today survivors are few and far between.
Share: