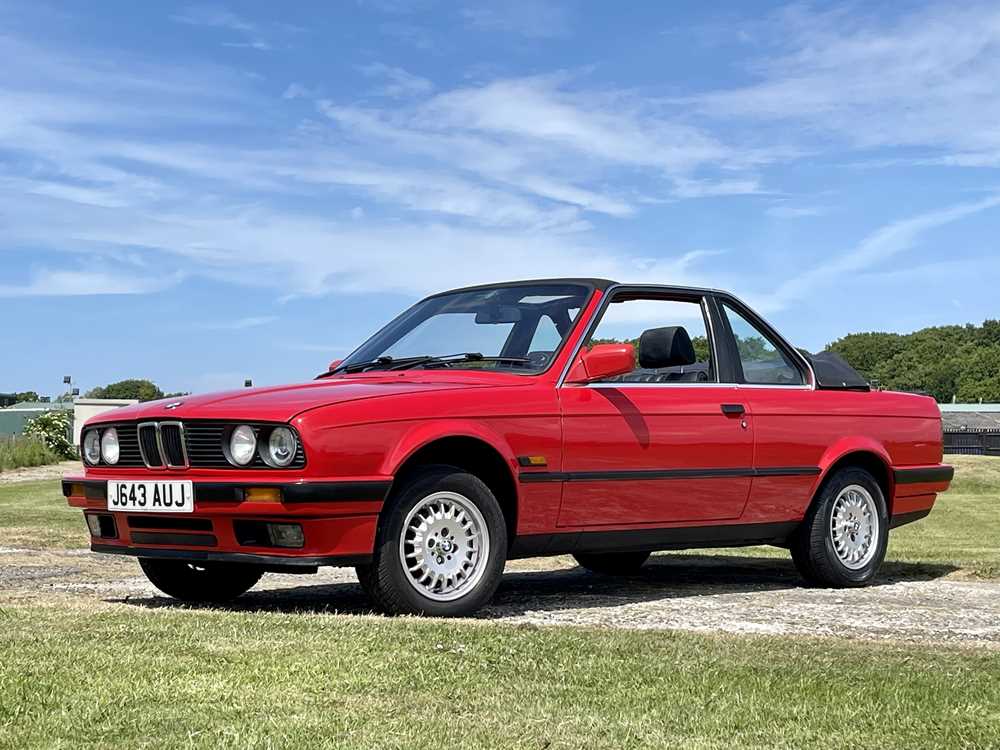 When the E30 was originally launched in 1982, it was only offered in a two-door Saloon shell, with a four-door version appearing soon after. BMW had no immediate plans to offer a Cabriolet, although they knew there was a demand for a soft top. So in co-operation with Karosserie Baur, they offered a roof conversion as an optional extra, which saw the main roof skin and rear window removed and replaced with a folding canvas roof. This was a design that had seen success on the earlier E21 where it was known as a "Top Cabriolet" or TC. The Baur E30 is known as the TC2.

Despite the introduction of the official E30 Cabriolet in 1987, BMW's long history with Baur meant that the TC2 conversion was still available as an option for Saloon models for the entirety of production, finishing in 1991. While never as popular as convertibles, it is still possible to find Baur versions of the entire E30 model range, from the 316 to the 318iS, and even an M3 version was constructed.

This 1988 BMW 318i Baur Cabriolet is finished in striking Zinnobar Red with a black leather interior and soft top. Manufactured and supplied new to the car-friendly climate of South Africa (where it remained until February 2010), the car was exported to England with all duties and fees paid. Hugely expensive when new, costing almost £4000 more than the standard model at the time of manufacture; this eye-catching RHD E30 is offered in genuine time warp condition retaining much of its original factory paintwork. A fabulous roof-down driving experience, with the added option of removing solely the central hardtop to create a 'Targa' - alternatively, the car can also be configured as a 'Landau', with the front passengers protected by the hardtop whilst the rear passengers enjoy open-air motoring.

Offered with the original owner’s handbook, service booklet, a Haynes BMW 3-Series manual and much sundry paperwork including receipts and old MOT certificates.