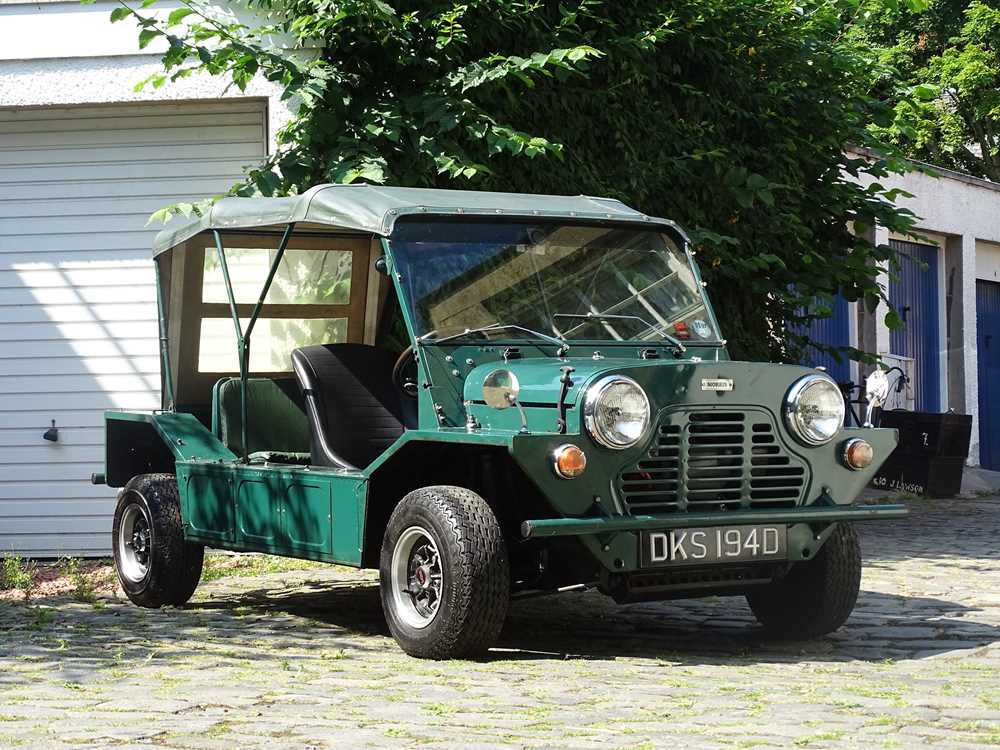 The utilitarian Moke (slang for Donkey) was conceived as a light military vehicle and, codenamed The Buckboard, was tested by all three branches of the armed forces. However, its relatively low ground clearance ruled it out of most combat situations and its forte was as a beach buggy in such popular holiday destinations as the Seychelles and the Caribbean. Some 50,000 examples were manufactured all told - UK production ran from 1964 to 1968, while they were also built in Australia, Portugal, and Italy. The monocoque shell comprised a pair of box-section pontoons connected by the floorpan and firewall. Engine, gearbox, suspension etc were standard Mini components, making for economical service and repair. Most of the 14,518 British Mokes incorporated Mini MK1 running gear but the later ones (1967-68) utilised MK2 parts. However, of the 5,422 Austin and 9,096 Morris versions made a mere ten percent or so were 'home market' supplied.