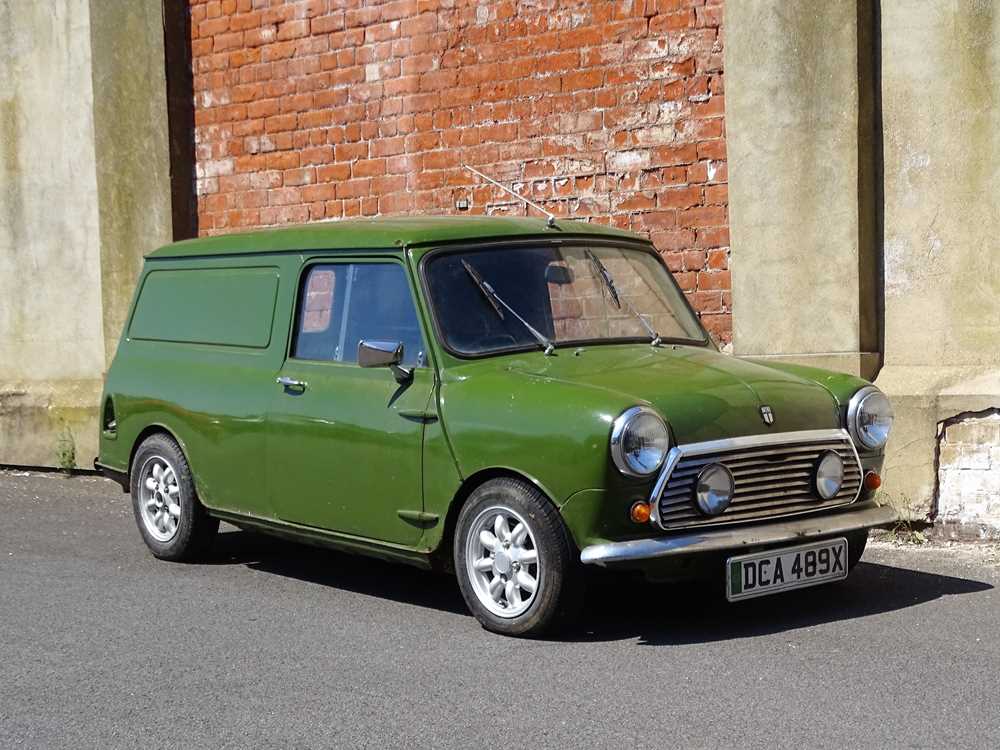 Introduced in January 1961, the Mini Panel Van was based around the same stretched platform as its Pick-Up sibling. Similarly exempt from sales tax as a commercial vehicle, it sported a pressed steel grille, sliding windows and external door hinges throughout its twenty-one year production life. Initially powered by an 848cc four-cylinder, it could be specified with the more powerful 998cc engine from 1967 onwards (both A-series units being mated to the same four-speed manual transmission). Updated in late 1978 as the 'Mini 95' - its gross weight was 0.94 tons - the Panel Van was dropped from the range just four years later. Benefiting from a four-inch longer wheelbase, taller rear suspension turrets and under floor fuel tanks, the Pick-Up / Panel Van derivatives were arguably even more fun to drive than their saloon equivalents.

Finished in Green with Black upholstery, ‘DCA 489X’ is described by the vendor as being in ‘poor’ (paintwork), ‘average’ (interior trim, bodywork) or ‘very good’ (engine, gearbox, electrical equipment) condition. Running and driving, this rare surviving Panel Van is summed-up as ‘a good, basically solid van’ and ‘a very worthwhile project’. The odometer shows an unwarranted 72,800 miles and the last MOT expired on 30th January 2019.