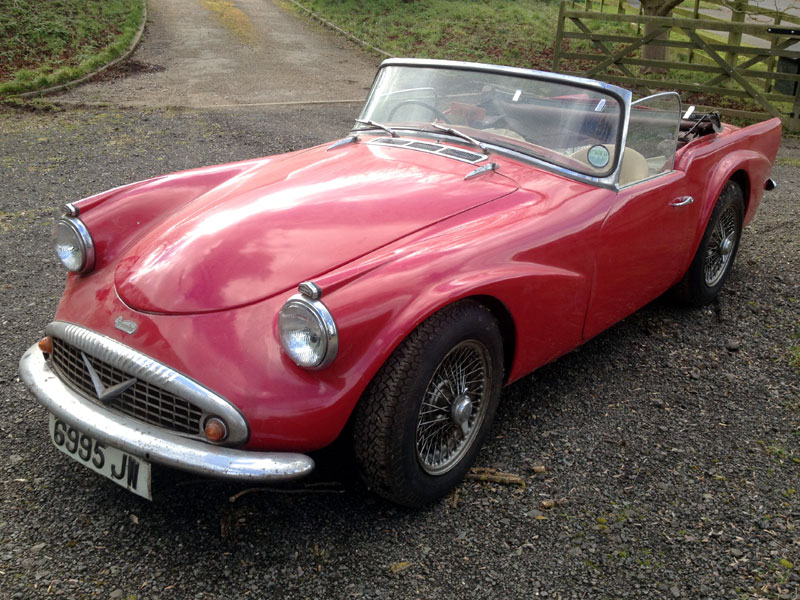 Launched at the 1959 New York Motor Show, the Daimler SP250 was aimed primarily at the American market (hence its dramatic, be-finned fibreglass bodywork). Powered by an Edward Turner designed 2548cc V8 engine allied to four-speed manual transmission, it boasted 120mph performance. Suspension was independent with wishbones and coil springs at the front and a live axle hung on leaf springs at the rear. Braking was by hydraulically-operated discs all-round. Progressively refined through A-, B- and C-Series guises, just 2,645 are thought to have been made. First registered on 28th June 1961 and built to strengthened B-specification, chassis 103721 entered the current ownership some twenty-six years later. Last on the road in 1991, it is variously rated by the vendor as `original' (bodywork, paintwork, interior trim) or `believed good' (engine, four-speed manual gearbox, electrical equipment). Riding on wire wheels, this tempting Dart is offered for sale with V5 Registration Document and factory hardtop.
Share: