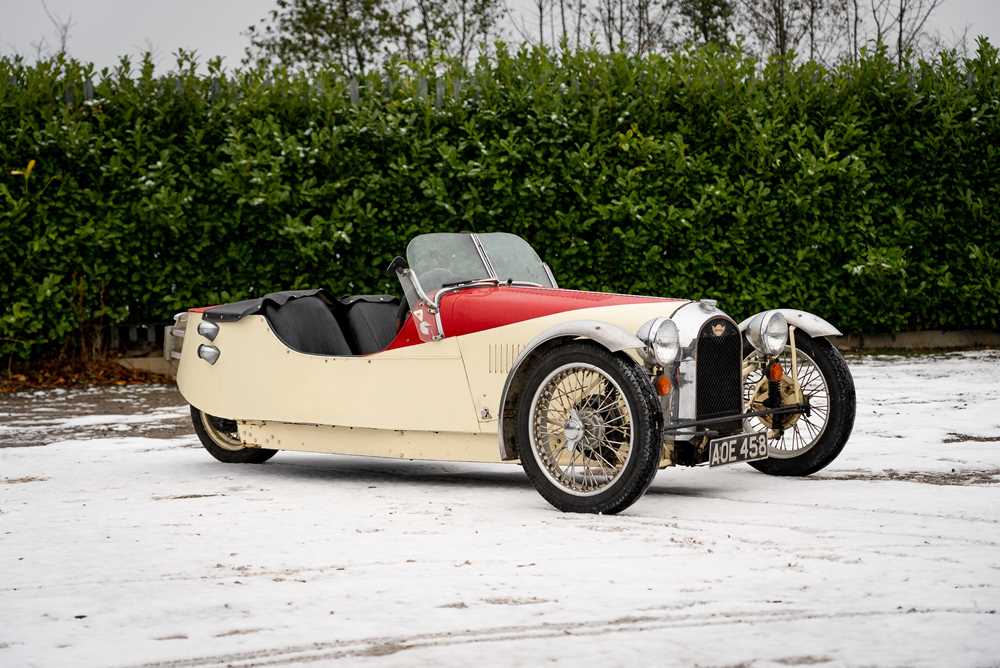 The success of today's Morgan three-wheelers has inevitably reignited interest in the period versions. However, by the 1930s a proliferation of affordable four-wheeled cars was providing the company's traditional motorcycle-powered range with increasing competition. Morgan's initial response was the F4, which it launched at the 1933 Olympia Motorcycle Show. It was still a three-wheeler, but boasted an all-new pressed steel chassis topped by a four-seat body, while power came from the 1172cc side-valve Ford engine as used in the Model Y. This approach certainly proved pretty popular, and the F4 continued in production for the next 19 years.

Gracing the front cover of the Morgan Three Wheeler Club’s Bulletin magazine in August 1993, ‘AOE 458’ was captioned thus: ‘If the F4 had looked like this in the 1950s, Morgan would have sold hundreds’. The two-seater’s widened stance and boat-tail rear are understood to be the work of Dick Buckland who owned it during the late 1970s. A skilled innovator, Mr Buckland apparently modernised / upgraded a number of Three-Wheelers using parts from other Morgans and even other manufacturers. A handsome machine, ‘AOE 458’ has thus been uprated with an alternator, electric cooling fan, bucket seats, hydraulic brakes and twin SU carburettors etc. Treated to an engine overhaul, new clutch and sundry rewiring in 2009, the Three-Wheeler was repainted the following year. A special Morgan (or Morgan Special if you prefer), it is offered for sale with V5C Registration Document, sundry bills, assorted correspondence and reproduction handbooks etc.