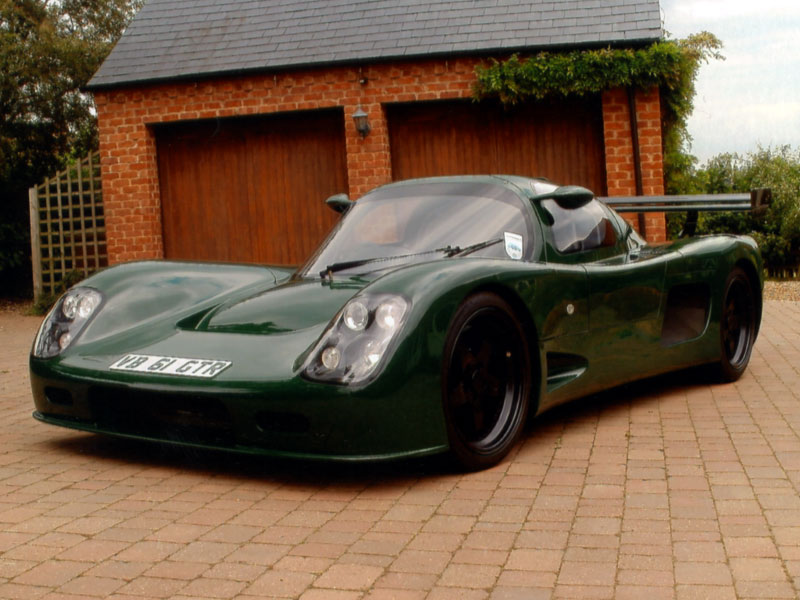 The Ultima brand was founded in 1983 by serial sports car designer Lee Noble. Ted Marlow was the first customer and the first to install a small-block Chevrolet unit in the mid-engined two-seater, and his involvement in the project continued to grow to the point where he assumed full responsibility for the company during 1992. It was six years later that work began on the now world famous GTR derivative. Apart from improving the ease of home assembly, the aim was to create an altogether faster but more refined supercar to rival the best in the world. The related marketing concentrated on record-breaking activities, and with up to 720bhp on board the following production car benchmarks were achieved: 0-60mph, 2.6 seconds; 0-100-0mph, 9.4 seconds, and standing quarter mile, 9.9 seconds.

The GTR on offer was professionally assembled last year. Its spaceframe chassis is equipped with a full roll cage and clothed in a British Racing Green-coloured GRP body. The considerable power on tap is provided by a 5.7-litre Chevrolet V8 unit by American Speed, that produces some 327bhp and drives through an inverted Porsche G50 five-speed transaxle. The Ultima has a stainless steel exhaust system and braking is courtesy of AP Racing. It rides on billet alloy wheels from Image shod with Michelin Pilot tyres. The interior features a black leather facia and seats and Black carpets, and both driver and passenger are retained in position by six-point Willans harnesses. The specification includes: an alarm/immobiliser, tracker, air conditioner and heater unit, lights to warn of the rear clam being open, and twin fuel tanks. The recorded mileage of 1,537 is believed to be correct and the vendor regards the bodywork, paintwork, interior trim, engine and transmission as all being in "as-new" condition. He is selling the GTR complete with the suitably appropriate registration number `VB61 GTR'.

PLEASE NOTE: This lot carries the number plate 'VB61 GTR' and not 'V861 GTR' as stated in the last line of the printed catalogue description.
Share: