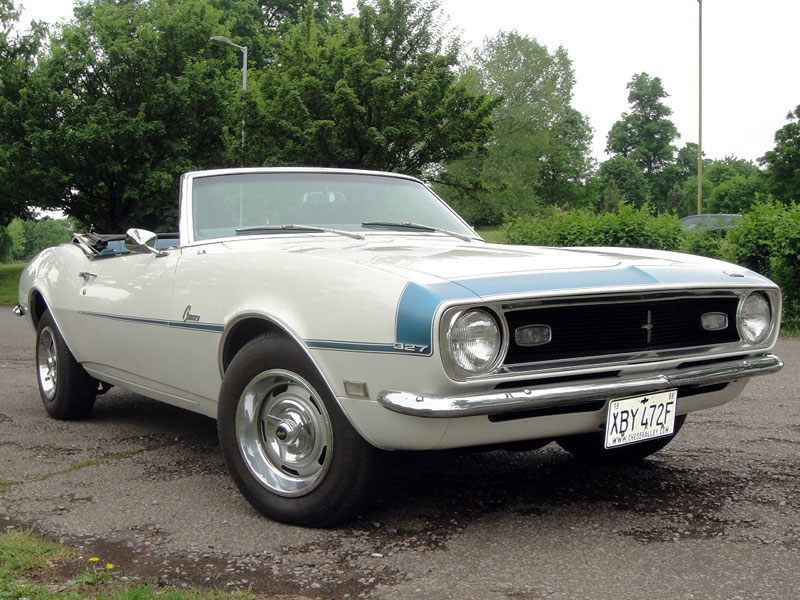 Imported to the UK in 2012 from sunny Florida, this rare and unmolested Camaro 327 is finished in its original colour scheme of white with blue stripes complimented by a blue interior and white electric roof. Powered by a 327 V8 (5343cc) matched to Powerglide automatic transmission, options include power steering and the car rides on its correct pattern wheels. The subject of a suspension overhaul c.2012, it presents extremely well with "very good" paintwork and "excellent" bodywork. Used sparingly in the current ownership it is accompanied by a Swansea V5 document, MoT to 30th April 2018, import documentation and assorted expired MoTs confirming the mileage of c.74,600.
Share: