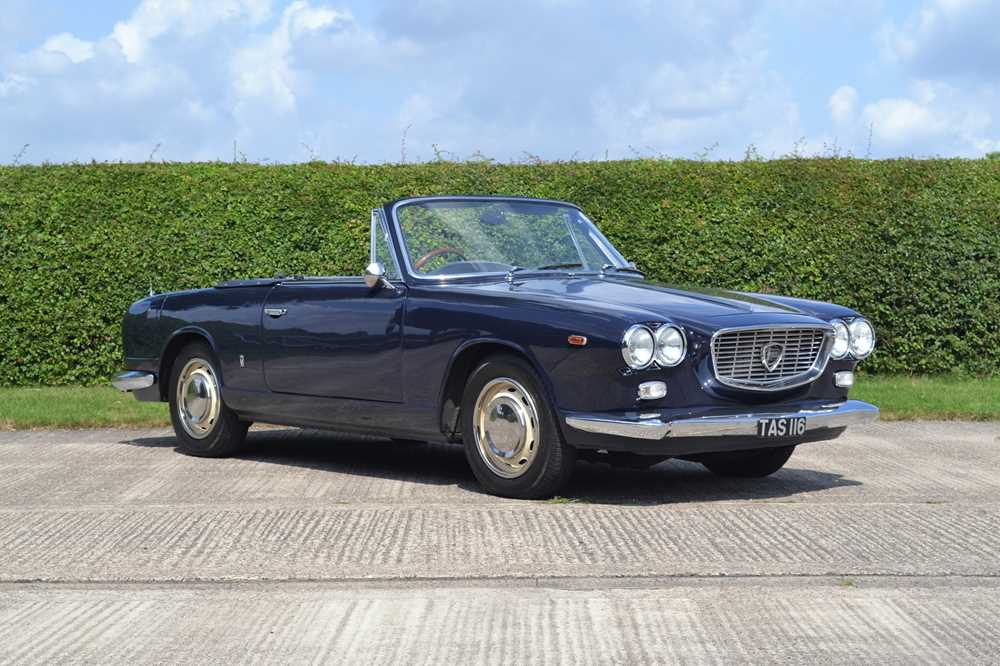 The Lancia Flavia, a medium-sized executive car, launched initially with a 1500cc overhead valve, horizontally opposed four-cylinder aluminium engine which was mounted ahead of the front wheels providing a drive with plenty of torque. Combined with the independent front suspension and beam axle at the rear, this provided great road holding while the dual-circuit, servo-assisted all-round disc brakes gave the Lancia Flavia exceptional braking combined with front-wheel drive performance making it a very advanced vehicle from its time. Launched at the 1960 Turin Motor Show and introduced in major European markets during the next 12 months. Coupé and convertible versions developed by Pininfarina and Vignale quickly followed, the Pininfarina-styled coupé entered production on a shorter chassis, this was soon followed by the announcement of the highly attractive four-seater convertible version by Vignale.

When released, the design was revolutionary and remains elegant and timeless to date. Performance improved over the next ten years, in 1963 engine capacity was increased to 1.8 litres taking the top speed over 100 mph and the larger engine displacement gave the car more torque at the bottom end, making the Flavia convertible a potent sports car for its generation. Vignale built just 1,601 two-door convertibles from 1962 to 1967 and it is believed just 40 were righthand drive making it an incredibly rare and collectable version of the Flavia.

This incredibly handsome and sought-after original right-hand drive example was manufactured in 1964, being first registered in the UK on the 2nd of October 1964. Fitted with the 1.8-litre flat-four engine mated to a manual gearbox, it is presented in Navy coachwork with complementary Grey hide interior upholstery and has covered just 60,440 miles (at time of consignment) from new. Restored between the dates of 1998 and 2000, at which time the colour was changed from Red to Navy Blue, there is photographic documentation of the restoration is included in the history file.

Having been cared for by the very best including Richard Thorne, Omicron and Tanc Barratt during its recent life, invoices demonstrate that the car has been subject to much expenditure, with over £20,000 spent in the last ten years, post the restoration which was completed in 2000. In January 2020 the Lancia was enlisted Richard Thorne Classic Cars to perform a full annual service including all oils and fluids, adhere to any bodywork imperfections and tune the engine, also providing a compression test. ‘TAS 116’ was also the beneficiary of a carburettor overhaul at a similar time.

The extensive history file comprising documenting the Lancia’s life; invoices from the restoration together with the aforementioned photographs (illustrating the high standard workmanship); numerous past MOT test certificates; the owner's handbook/service manual including wiring diagrams; an extensive selection of invoices dating to the late 1990s; past logbooks; tax discs and a current V5C document. This Lancia is a genuine, rare, four-seat convertible and in its original right-hand drive is sure to attract attention.