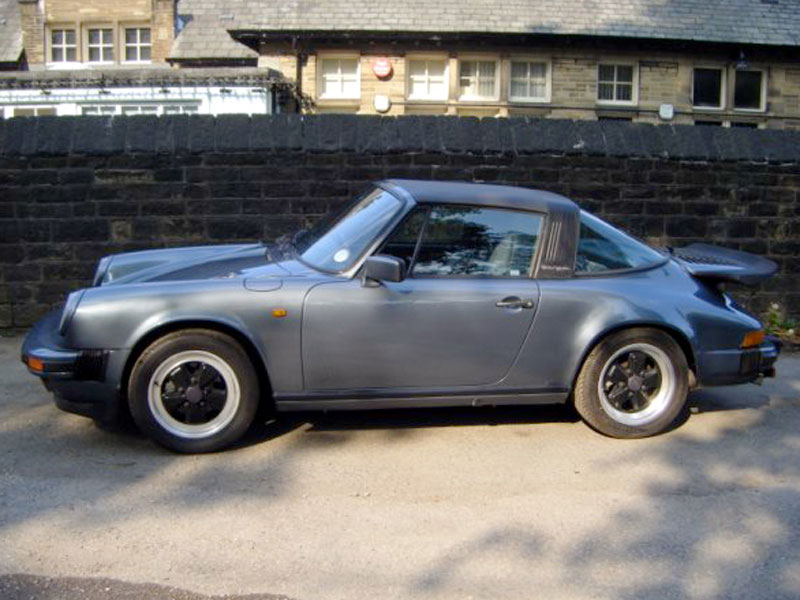 After a lengthy gestation period, the now ubiquitous Porsche 911 entered production in 1964 and, despite Porsche's own attempts to replace the model with the 928 in the 1970s, much evolved versions of it are being built to this day, 46 years later. The design was the work of Dr Ferry Porsche's eldest son, Ferdinand 'Butzi' Porsche and the company's joint founder and chief body engineer Erwin Komenda. The car featured rack and pinion steering and both torsion bar suspension and disc brakes all round. It was initially powered by a dry-sump, air-cooled, 2-litre, flat-six engine but, in common with all other aspects of the 911, the engines have undergone steady evolution ever since. Developed under the watchful eye of Porsche Chief Executive Peter Schutz, the 911 Carrera 3.2 made its debut at the Frankfurt Motor Show of September 1983. Visually indebted to the outgoing 911 SC, the newcomer was made available in Coupe, Targa and Cabriolet guises and wore a revised front valance complete with auxiliary driving lamps and a subtle 'Carrera' script on its engine lid. Estimated to be 80 percent new, the model's 3164cc (hence '3.2') flat-six engine was credited with developing some 231bhp and 209 lb ft of torque. Allied to five-speed transmission, it proved both rev-happy and flexible. Reputedly capable of 0-60mph in 5.3 seconds and 153mph, the Carrera 3.2 was progressively refined and updated over the course of its six-year production run. An optional Supersport version was introduced in 1984 - in the vein of the 930, it featured wider wheelarches, a 'tea tray' spoiler, stiffer suspension and wider wheels.

The Carrera 3.2 on offer is a 1984 example with Targa body. The coachwork is finished in metallic blue and the interior trimmed in a mix of blue leather and velour. We understand the Porsche to have had six owners and it apparently comes complete with a good history and lots of bills for work carried out. The vendor describes the coachwork as "clean" and the paintwork as "okay", apart from three blisters. He regards the engine as "good" but notes that the synchromesh on first gear is showing "some signs of wear".

PLEASE NOTE: This vehicle has an MOT until April 2011.
Share: