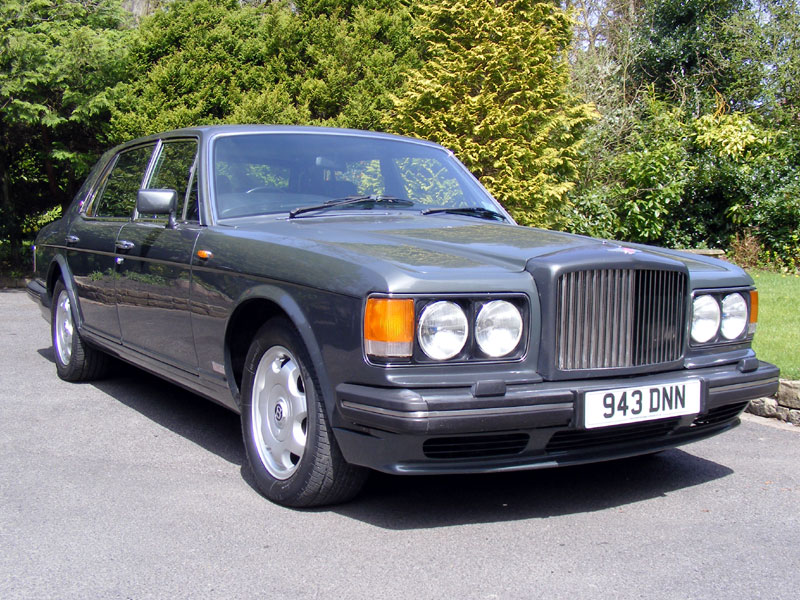 This very tidy-looking, right-hand drive, long-wheelbase Turbo R was manufactured in 1992 and features Graphite Metallic coachwork. Unusually, that is teamed with a Dark Grey cloth interior and Black leather roof lining as the Bentley was reputedly built for use in the Southern Hemisphere, and by the Sultan of Brunei in particular. In addition to all the luxuries one would expect of a Turbo R, '943 DNN' comes complete with immobiliser, anti-theft system and an electrically-operated sunroof. Since repatriation in 2002 the Bentley has had four registered keepers and is now offered complete with the related paperwork and an MOT valid into August.
Share: