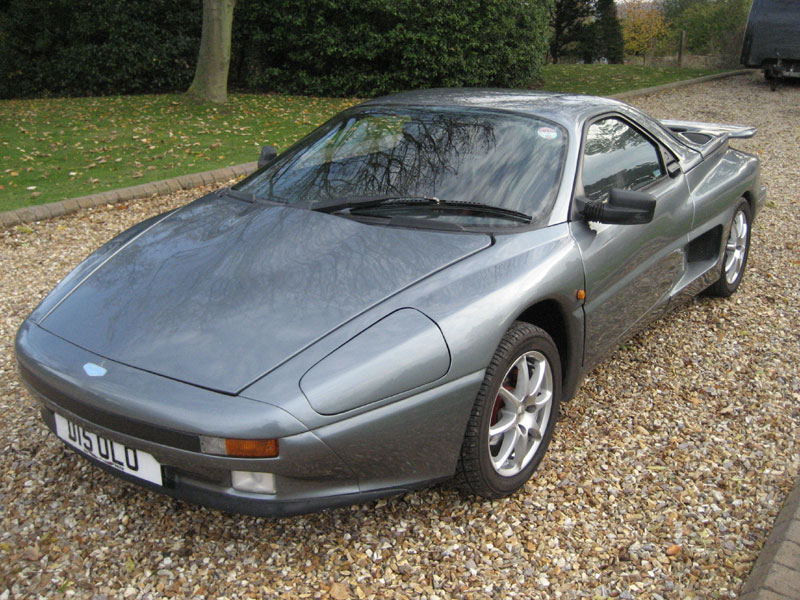 Former fashion designer Robert Jankel brought us some truly memorable motorcars under the banner of his Panther Westwinds concern - who can forget the Bugatti Royale-esque De Ville, the Jaguar SS100-inspired J72, or the extraordinary three-axled Panther 6? Sadly, sales never quite matched expectations and, following its collapse in 1980, the company was rescued by the South Korean Jindo Industries concern and renamed Panther Car Company.

Under the guidance of Y C Kim, production was moved to a new plant in Harlow, Essex, where the classic-looking Kallista Roadster and decidedly more contemporary Solo were manufactured. The Solo was to have been a mid-engined, rear-wheel drive, two-seater equipped with Ford Fiesta XR2 running gear, however that model was eclipsed by Toyota's new MR2 before production commenced. Undeterred, Kim commissioned Ken Greenley to pen a heavily revised version.

Solo 2 featured a futuristic 2+2 two-seater body made from a unique blend of aluminium honeycomb and carbon-reinforced glassfibre. Power came courtesy of Ford's turbocharged 2.0-litre Sierra Cosworth engine that was mated to a Borg-Warner T5 gearbox and drove all four wheels through a modified version of the Sierra 4x4 transmission. With a drag coefficient of 0.33, the 204bhp Solo could power to 60mph in 6.8 seconds and on to a top speed of 144mph. Accurate production figures have never been available, but are generally believed to number between 12 and 18, of which at least eight cars are thought to remain in the UK.

This 1989 example is one of them. Finished in Grey with a Bordeaux Red interior it was originally registered 'G521 FNO' but now carries the more appropriate number D15 OLO. Described by the vendor as having "average" bodywork, paintwork, interior trim, engine and gearbox, this extremely rare mini-supercar currently shows an unwarranted 39,479 miles and is being sold complete with details of recent maintenance.
Share: