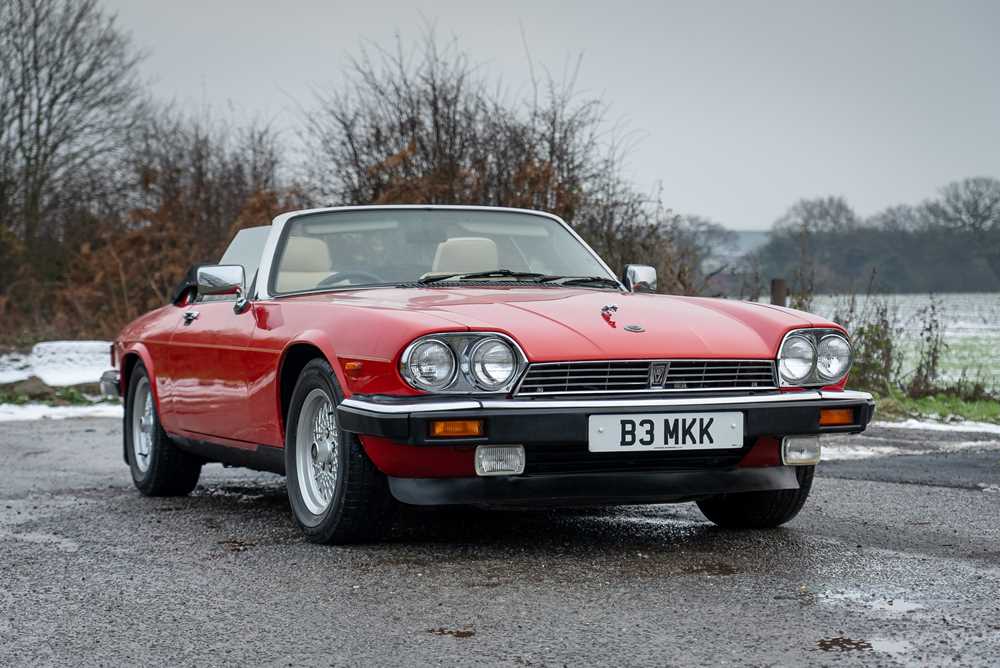 Launched in 1975, Jaguar's XJS was never envisaged as a direct replacement for the E-Type. More of a soporific grand tourer than an out-and-out sports car, it was designed to seamlessly blur borders rather than blast down back roads. To this end, it was equipped with automatic transmission as standard. Though, when fed the quoted 295bhp and 318lbft of torque developed by a post 1981 H.E. (high efficiency) 5.3 litre V12 engine, this still resulted in a claimed top speed of 150mph and 0-60mph in less than eight seconds. Introduced at the 1988 Geneva Motor Show, the long awaited full convertible version featured a reinforced floorpan, frameless doors and sophisticated electric hood (complete with heated glass rear window). Underpinned by the same all-round independent coil-sprung suspension and power assisted rack and pinion steering as its fixed head coupe siblings, the soft-top came with anti-lock brakes as standard. Priced at some £40,000, a waiting list was quick to form.