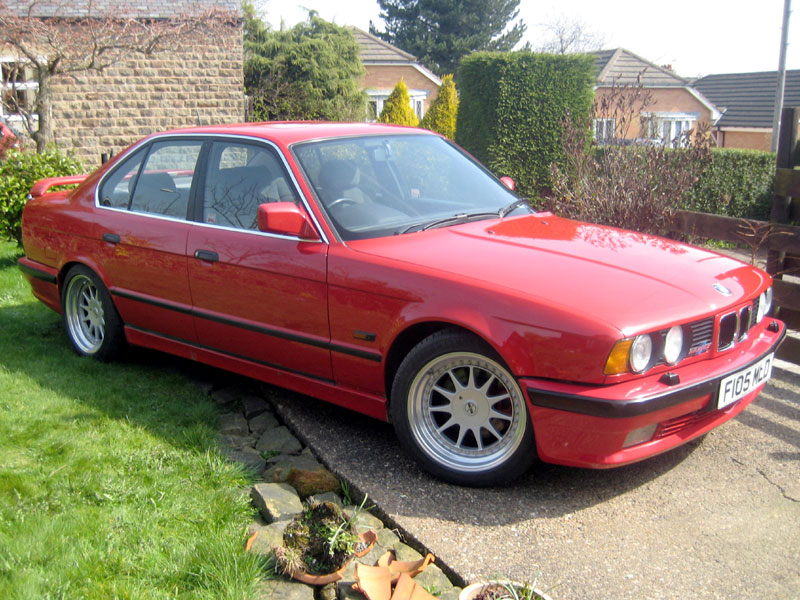 BMW's 5 Series Saloon has been the model by which all rival offerings have been judged since it debuted in E12 guise during 1972. Now in its sixth generation, the 5 series may be produced in lower volumes than its more compact 3 Series sibling but it still accounts for around 50 percent of the company's profits. Modified versions have always been popular amongst enthusiasts, whether produced by BMW's official partner Alpina or other renowned performance outfits such as Hartge.

This right-hand drive Hartge H55 is based on a third generation (E34) 535i and is believed but not warranted to be one of only five fully converted by the company, and is the car tested by Autocar & Motor in its January 4th 1989 issue. We understand the current keeper has owned the BMW since February 2003, since when it has been garaged most of the time and benefited from a good level of service / maintenance; with replacement parts being purchased from Hartge as required. We are informed the bodywork is "gleaming apart from small scabs on one wing and one door". The Grey cloth trimmed interior is said to be "in good condition save for slight wear on the backrest of the driver's seat". "Running well", 'F105 MLD' is stated to have covered 89,000 miles from new.
Share: