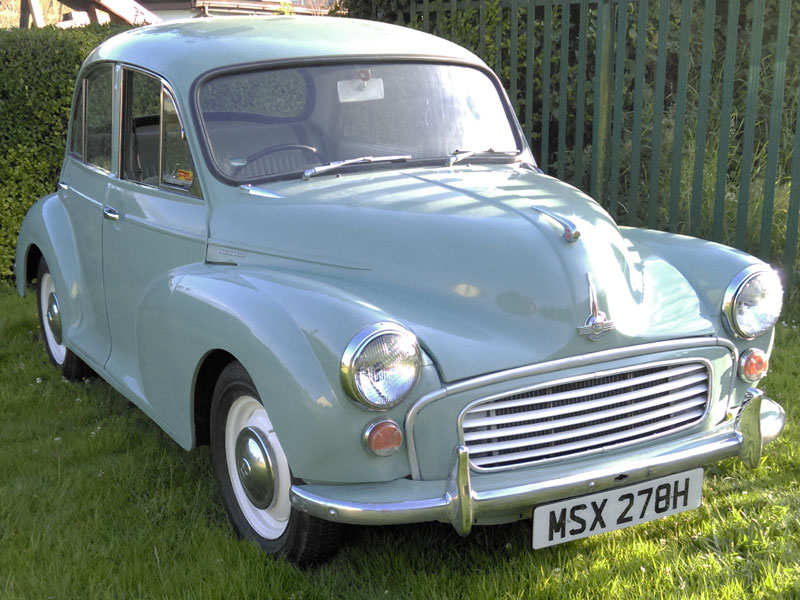 - Offered with certificate of export and handbook

The Morris Minor is almost as universal a symbol of England as the London bus and the red telephone box and, with over 1.3 million manufactured in its 23-year reign, is one of the most successful cars of all time. Designed by Alec Issigonis (who later penned the ubiquitous Mini), the Minor was unveiled at the 1948 Earls Court Motor Show and 13 years later became the first British car to achieve a million sales. The final iteration followed a year later and featured an increase in engine capacity to 1098cc, a modified facia layout with recessed centre section in textured steel, a return of a glovebox lid for the passenger-side cubby hole, improved heater and more contemporary-looking front light units.

The four-door sale car is one of the last of the breed. Finished in Light Blue matched to Grey interior trim it has most recently lived in Eire, where it has seen little use. Nevertheless, the vendor informs us that it needs little more than some adjustment to the brakes and clutch and is primarily 'in good condition and drives very well'. Formerly UK registered as 'MSX 2787H', the Morris is now offered complete with certificate of export and drivers' handbook.
Share: