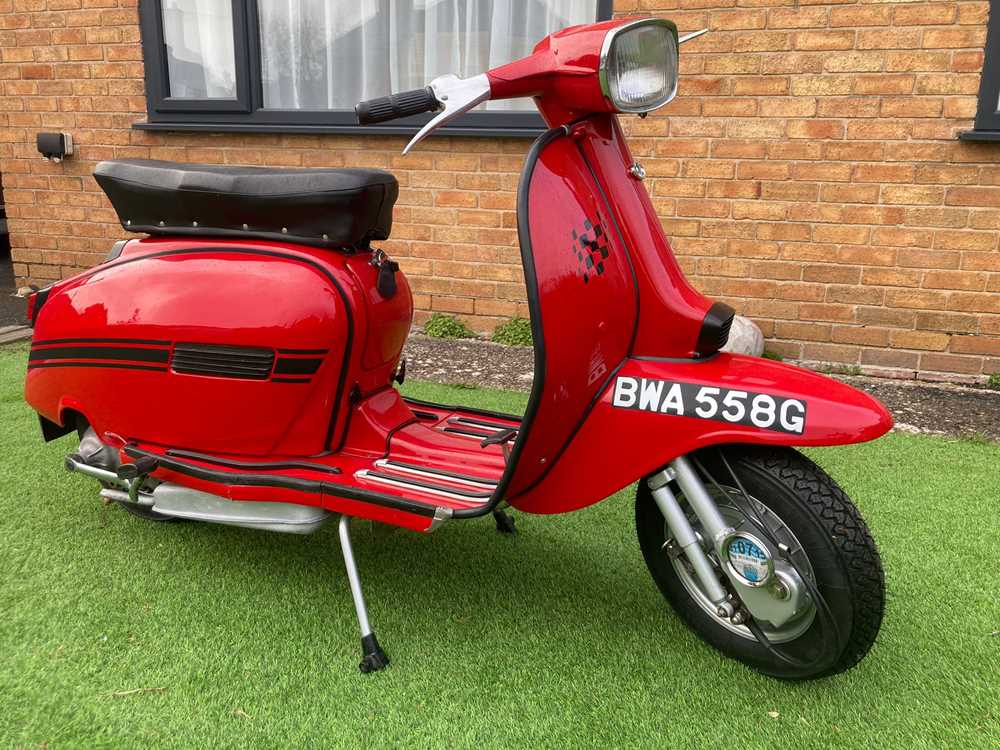 The DL200 was the last of the great Lambretta scooters that rolled off of Innocenti’s production line in Milan. Produced from January 1969 until April 1971 a total of only 9350 DL200’s were made. The DL200 (known as the GP200 in the UK market) followed the SX200 and retained the engine prefix of SX200 before the serial number. There were however significant improvements to the engine over the SX including: improved crankshaft, a complete overhaul of the gearbox ratios and improved Ducati ignition. The iconic bodywork followed the trends of the day of the early 1970’s. The Bertone design was more streamlined than its predecessors with a new 22/2 frame and rectangular headlight.

This early production 1969 example was one of the first off the production line and was imported into the UK by Armando Scooters of Sheffield in 1998. It was purchased by a friend of the vendor and taken to Birmingham where it has only exchanged hands privately between friends 3 times since being imported. The current owner has owned it since 2018. This DL was stripped and restored to a high standard in 2008 and all original panels were retained. The panels fit perfectly still. It was upgraded to 12 volt electronics and had added a GP200 badge and black chequered livery on the front. The paintwork is still in good condition today although showing some signs of age on front mudguard and near side rear foot board where there has been some light touch up. One of the previous owners had fitted period Pathfinder lights onto the leg shields which were later removed and red grommets are fitted which do not adversely detract. We are informed that the engine starts and runs perfectly. A very rare opportunity to own a really nice standard DL200 and these do not come up for sale in this condition often.