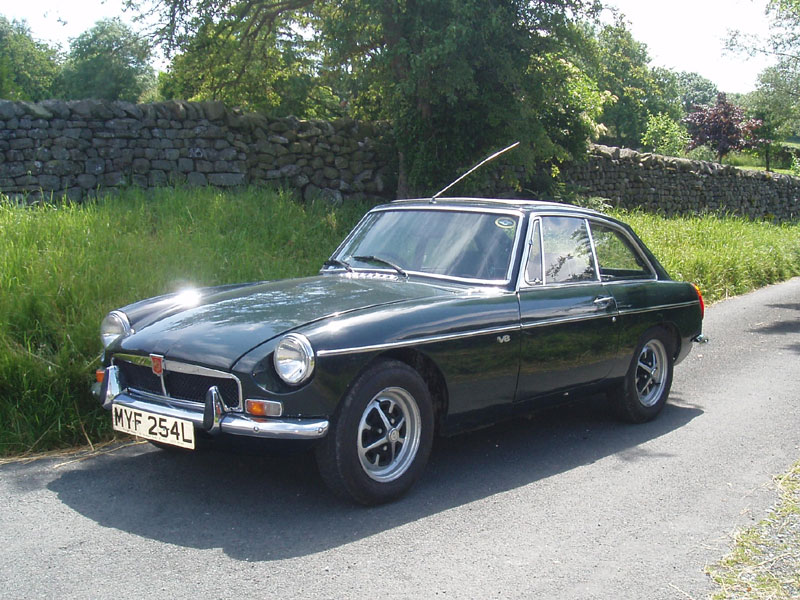 MG enthusiasts have Kent-based engineer Ken Costello to thank for the existence of the V8-engined MGB. In 1970 Costello began selling cars converted to take the 3.5-litre Rover V8, their favourable reception prompting British Leyland to follow suit. The aluminium-alloy V8 weighed a few pounds more than the cast-iron B-Series four it replaced, so little re-engineering of the existing suspension was called for, and the Costello version even kept the standard MGB drivetrain. Whereas the Leyland product was only built in GT form and used the 137bhp Range Rover power unit, Costello had no such corporate restrictions and was free to use the Rover saloon's higher power (144bhp) engine in his converted roadsters and GTs. Having 50 percent more horsepower and twice as much torque than the standard 'B', the V8 cars possessed blistering performance, reaching 60mph in under eight seconds and being capable of exceeding 130mph flat out. Despite making a product reckoned superior to the Leyland version, Costello could not compete on price and is thought to have made 200-plus cars before ceasing production.

The Costello conversion on offer is finished in Green with Black interior. Although, taken out of service approximately twelve years ago for an engine and gearbox overhaul (including the fitment of stainless steel exhaust manifolds), it was only returned to the road earlier this year. Treated to a 12-volt battery conversion, recent fettling has also seen the B GT benefit from new headlamps, wheel cylinders, brake hoses, clutch master / slave cylinders, wiper blades, tyres and rear springs. Reportedly accompanied by a history folder detailing its previous keepers and containing various invoices for work done, the MG also boasts a BMIHT Certificate, Britax sunroof, Kenlowe fan and MOT certificate valid until June 2016.
Share this page: