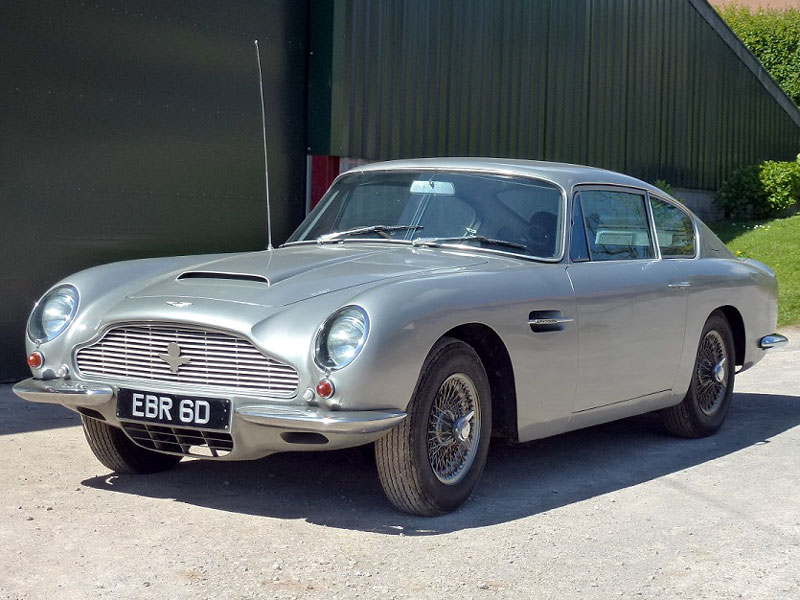 - Desirable Vantage in the current ownership for 30 years, stored since c.1991, engine free

Introduced at the 1965 Motor Show, the Aston Martin DB6 was notable as the first model to be engineered following a factory move from Feltham to Newport Pagnell. Although, it shared the same visage as the outgoing DB5, the newcomer enjoyed notably better high-speed stability and interior space thanks to the provision of a Kamm tail and four-inch longer wheelbase respectively. Grafted over a sheet steel platform chassis, the four-seater's hand-finished aluminium panels helped contribute to a 1,466kg kerb weight. Praised by the contemporary press for its poise and handling, the DB6 employed all-round coil-sprung suspension, four-wheel disc brakes and rack-and-pinion steering. Powered by a reworked version of the fabulous Tadek Merak designed 3995cc DOHC straight-six engine featuring a trio of Weber carburettors, the desirable Vantage variant was quoted as developing 325bhp and 288lbft of torque.

Fitted with a five-speed ZF manual gearbox as standard, it was reputedly capable of around 150mph and 0-60mph in 6.3 seconds. A contemporary road test by the legendary John Bolster achieved 6.1 seconds for the 0-60mph sprint and a maximum speed of 152mph. Some 1,750 DB6s were manufactured by the time the model was fully superseded by the DBS in February 1971, making it the most successful member of the DB4/DB5/DB6 lineage.

A copy of the original guarantee in the history file issued on 10 March 1966 records that EBR 6D was supplied via Mill Garages Ltd of Sunderland and finished in Shell Grey with Dark Blue hide. Options recorded include: 3.73:1 LSD, heated rear screen, 3 ear hubcaps, additional carpeting and thinner rimmed steering wheel. At some point, a rare headrest has also been added to the passenger seat. The original owner recorded on the RF60 logbook was a Mr Kenneth Priest, a textile manufacturer, living near Huddersfield. A letter on file from him dated 1977 records that he kept the car for five years, covering 12,500 miles, and that servicing was always carried out at Newport Pagnell during his tenure. A further letter on file from the 2nd owner, a Dr Weightman, who subsequently purchased it from Mill Garages, records elicit runs on the M1 at over 130mph and how Mr Priest had the car chauffeur driven and never allowed it out in the Winter. In 1976 it was purchased for £1895 by a Mr Barnet-Lamb of Orpington from Performance Cars Ltd who, as evidenced by the invoice on file, took his year old MGB in part exchange. During his ownership, the engine was overhauled and an invoice dated 24 March 1977 is on file. Acquired by the vendor through Peter Bennett of Tarporley, Cheshire, in 1987 when displaying some 91,000 miles on its odometer, it then covered less than 3,000 miles before being put into dry storage amongst other cars in his collection around 1991.

Complete with original engine and retaining its original registration number, EBR 6D has remained in storage ever since. A recent visual inspection suggests it to have survived extremely well with a nicely patinated interior. The engine, though not started for many years, is also said to turn freely. The bodywork certainly appears to be essentially solid and whilst there is no visible rust to the exterior, there are some minor areas of corrosion beneath the paintwork and some starring is evident in places along the front wings. The mileage of 93,398, though not warranted, is in keeping with the information contained in the history file and is therefore believed to be genuine.