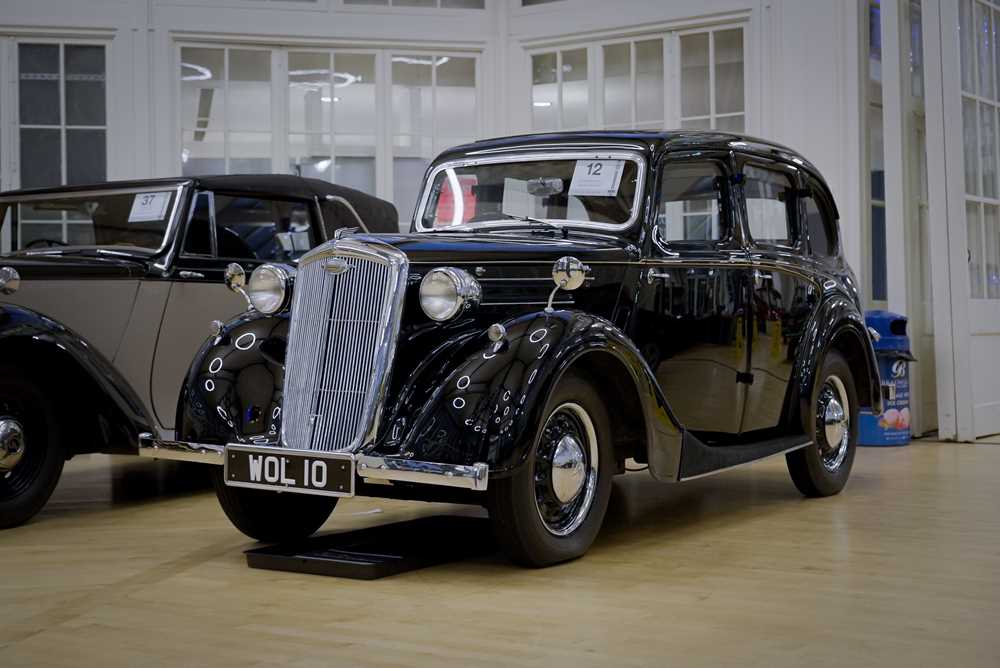 The New Ten replaced its predecessor the Series II 10/40 on 10th February 1939 as a saloon, with a Coupe version following on 20th June. Noticeable differences included the hinging of both front and rear doors being located at the rear, and the spare wheel now being stored horizontally in the boot with the rear number plate being embodied in the boot flap. Production ceased in 1939 following the outbreak of the Second World War before being restarted in 1945 and continuing through to 1948, with a total of 7,976 examples being manufactured.

Chassis number 31016878 was manufactured in 1947 and supplied new to an L. Robinson & Son Garage in Berwick-on-Tweed (originally registered ‘BJR 977’) before being passed onto the first private owner later while still in 1947. Fitted with the 1140cc overhead-valve four-cylinder engine mated to the manual gearbox, ‘WOL 10’ is finished in its original colour of Black with Brown leather interior upholstery. Entering into current ownership in 2013, the Ten Saloon has had just three owners across the past three decades, with the previous custodianship from 2001 and the owner beforehand possessing the Wolseley from 1991.

Comprehensively restored in the previous ownership, with the restoration being completed in approximately 2007, the refurbishment included a full respray, engine overhaul, interior re-trim, new springs and overhauled brakes. Supplied with a history file that includes a photographic record of the restoration; the original RF60 ‘buff’ logbook, written correspondence from the previous owners and some family members; previous tax discs; a small number of MOT certificates with the earliest from the 1980s; two instructions book; sales literature and a 1st place rosette from a Derbyshire classic car event. Complete with original tool kit, oil can and the cherished (and very apt) registration number ‘WOL 10’, which has been with the Ten Saloon since 1992 and current V5C document.