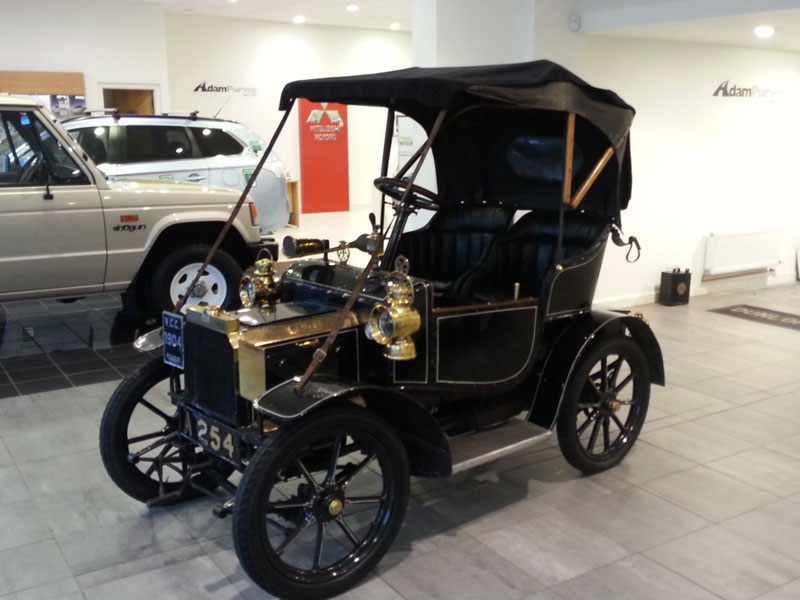 Peugeot launched the Bébé (French for baby) Type 69 at the Paris Salon of 1904, where it reputedly caused quite a sensation. Of contemporary design, it was small (110 inches long), practical, and light (770 lb), meaning that even its modest single-cylinder engine of 652cc was sufficient to propel the little two-seater at up to 25mph. Despite boasting such technical niceties as rack and pinion steering and shaft rather than chain drive, the car was attractively priced, and Peugeot managed to sell 400 examples in the first 12 months, with the newcomer accounting for no less than 80 percent of the company's total production that year. The popular Type 69 Bébé was manufactured until 1913, when it was replaced by the Ettore Bugatti-designed Type BP1.

A number of Type 69s were exported by the Audincourt-based factory, not least to the UK, where 'A 254' appears to have spent most or all of its life. What records exist show it to have been unearthed from a barn in Kent in 1937 and then entered for the London to Brighton Veteran Car Run the following year. It evidently spent the war years tucked up in a yard in London SE4, reappearing on the London to Brighton Run in 1948; an event it contested many more times up until 2001. A continuation log book shows the Bébé to have been domiciled in Stratford-upon-Avon in 1972.

'A 254' is currently finished in Black, both inside and out. The vendor, who has owned the Peugeot since October 2011, considers it to have 'good' bodywork, paintwork, 5hp engine, and three-speed manual gearbox. This charming little veteran comes complete with 1958 Veteran Car Club of Great Britain dating Certificate that confirms the year of manufacture as 1904 and lists under the heading of Major Modifications: 'side doors and cowling on dash added. Longuemare carburettor'.
Share: