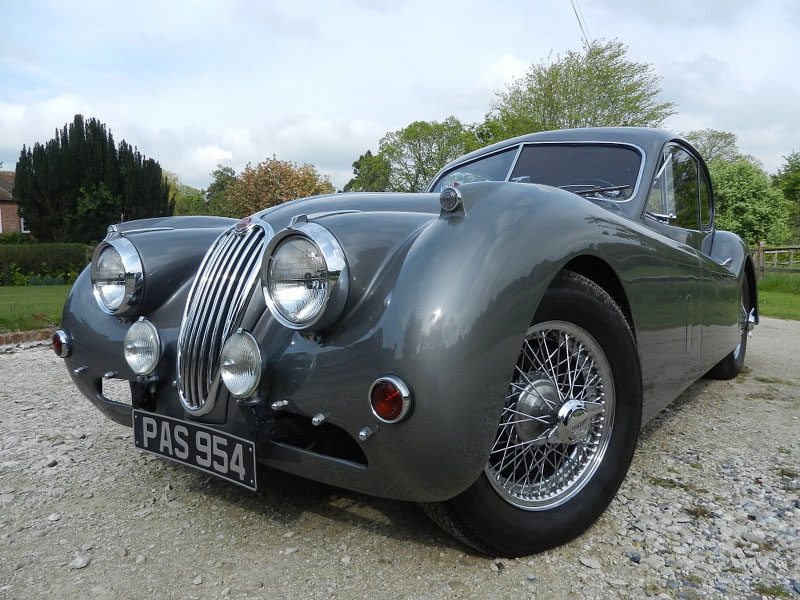 - Imported to USA by Hoffmans in September 1955

In 1954 the all-conquering XK120 gave way to the XK140. It was a quick car by any standards. In SE trim, it could accelerate to 60mph in under 9 seconds and rapidly on to a top speed approaching 125mph. The model remained in production until 1957. This XK140 FHC was exported to the USA via East Coast Jaguar importer Max Hoffman in September 1955, spending most of its life there in California. We are informed the engine was overhauled for a previous owner who then dry-stored the car for approximately ten years. Imported to the UK in late 1989, it has benefited from much work since. We are indebted to the vendor for the following information:

"It is a genuine matching numbers ex-southern states car that was re-furbished by the previous owner in Wales prior to our purchase. After that time, we had it bare metal re-sprayed in metallic gunmetal, which compliments the re-trimmed deep red interior very well. This was carried out by a local classic car specialist, and has been done to a very high standard. The underlying bodywork was found to be in excellent structural condition when the older paint had been stripped back.

It is standard in terms of specification (it is an SE, although without overdrive, in this case), and runs and drives very well. The previous owner deleted the front bumper to enhance its sporty appearance, and we have left it that way, although we do have the front bumper, over riders and brackets (in original condition) which accompany the car. The car comes with two substantial folders of invoices and correspondence from the previous owner, as well as a Jaguar Daimler Heritage Certificate."

A highly attractive XK which presents extremely well, it is also accompanied by a Swansea V5C document.
Share: