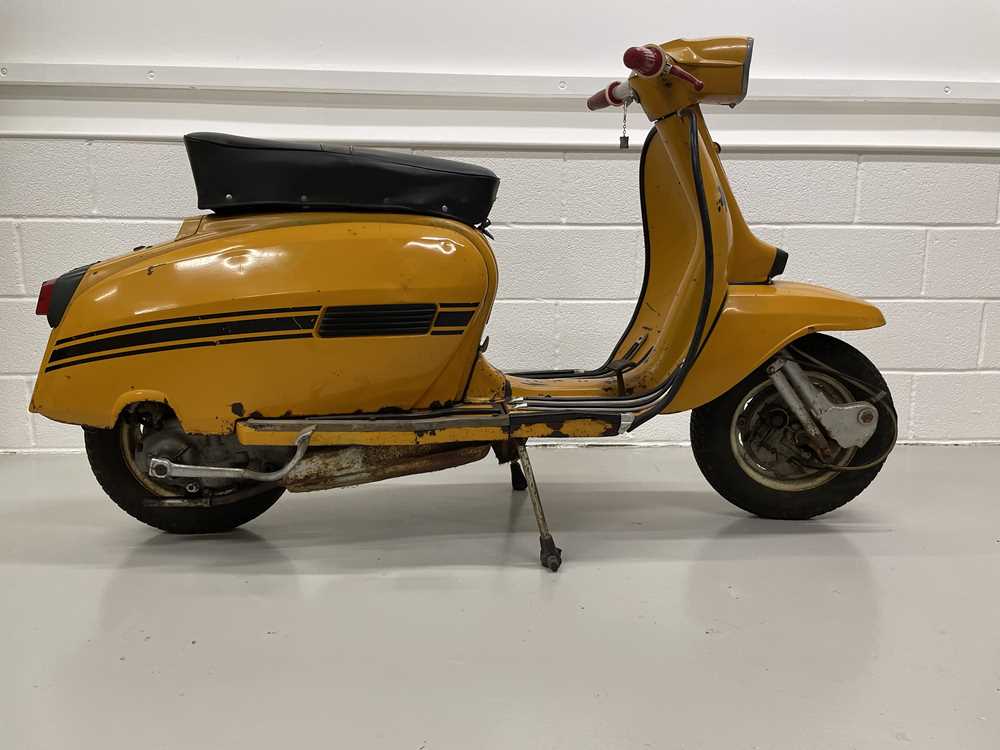 The DL200 was the last of the great Lambretta scooters that rolled off of Innocenti’s production line in Milan. Produced from January 1969 until April 1971 a total of only 9350 DL200’s were made. The DL200 (known as the GP200 in the UK market) followed the SX200 and retained the engine prefix of SX200 before the serial number. There were, however, significant improvements to the engine over the SX including: improved crankshaft, a complete overhaul of the gearbox ratios and improved Ducati ignition. The iconic bodywork followed the trends of the day of the early 1970’s. The Bertone design was more streamlined than its predecessors with a new 22/2 frame and rectangular headlight. Only a genuine Italian DL had the famous ink splat on the front of the sleek leg shield. In Italy the DL200 was only available in the trendy Ochre colour.

This mid-production late 1969 example is a very rare find indeed. Completely original and unmolested in appearance, the engine turns with what seems to be good compression. However, no attempt has been made recently to start her and it would be recommended to make a good conservation with new seals and bearings wherever necessary all round. She is showing 31819 km’s on the speedometer (c.19771 miles) which could easily be genuine. She is very straight indeed with no apparent rot or structural damage and sits firmly on the stand. There are some non-structural pin holes on the floor of the leg shields. She is believed to have been sold in the northern Italian city of Udine as deduced from the great dealer sticker on the front. The seat is not the original and has been replaced at some time during its life. A very rare opportunity for any collector of Lambrettas.