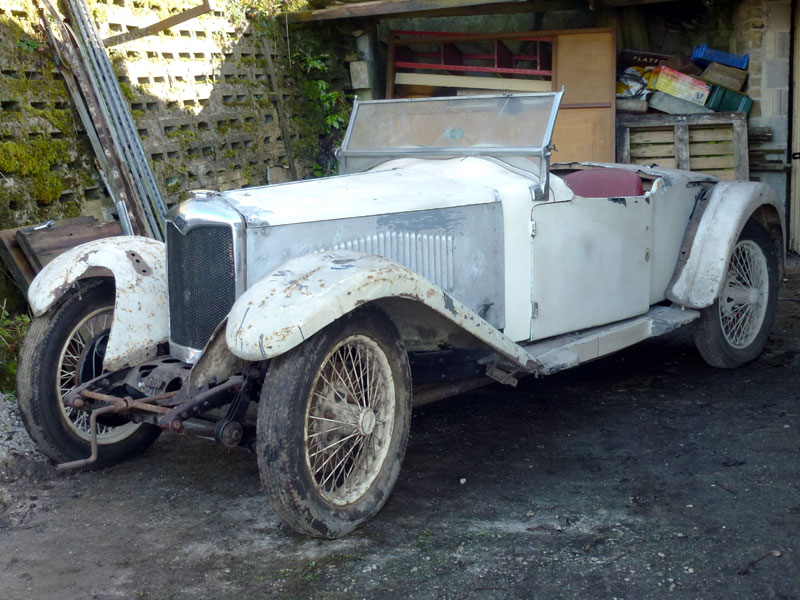 - Offered with a collection of invoices, green log book and old MOT's

It was the Riley 9 models produced with a wide choice of body styles between 1926 and 1938 that really put the company on the map, which with its unique 42bhp 1,087cc twin-camshaft engine soon found success in competition, further boosting the order book. During 1931, the Gamecock variant became the range's prime two-seat Tourer. It was an immediate success, with the underslung chassis producing a sleek, low body design quite unlike anything else available at the time. 'TF 7539' is one of c.52 Gamecocks known to remain in existence. Within the same family ownership since c.1965 it is currently part dismantled and in need of restoration, but believed to be complete. A replacement engine was installed in 1965 and another unit and gearbox are available by separate negotiation. Finished in White and trimmed in Red, the Riley comes complete with green log book and selection of invoices and old MOTs. A unique opportunity.
Share: