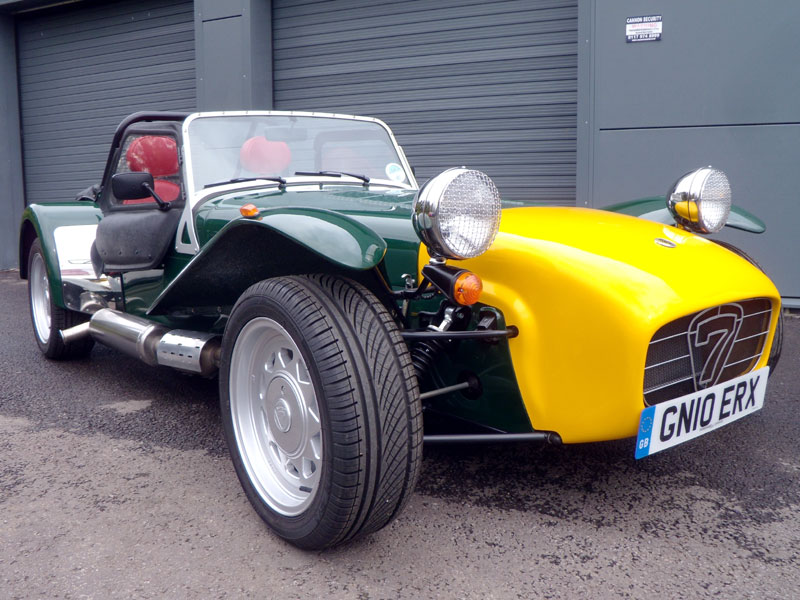 One imagines the late Colin Chapman would be surprised to learn that the Lotus Seven he launched at the 1957 Earls Court Motorshow, and then sold the manufacturing rights for in 1973, was still being built, bought, raced and enjoyed the world over, courtesy of Caterham. For a while in the '60s, Sevens were banned from racing Stateside for being 'too fast' and hit the same problem this side of the Atlantic the following decade. They continue to embarrass all manner of machinery to this day.

This Caterham 7 is an SV 1600 Sigma Roadsport that was supplied new by the factory as a fully built car to its only owner in 2010 at an approximate cost of £25,000. It was subsequently returned to Caterham to have the highly desirable and costly BMW differential upgrade. The vehicle has also had conversion work totalling approximately £5,000 that included replacement wheels, front wings and full red leather interior trim - all professionally carried out using special order factory supplied parts. Truly special, this is a faithful evocation of the '7' used by the late Patrick McGoohan in the iconic 60's television series 'THE PRISONER'. With mileage warranted by the vendor as correct at 5,500 miles - it is described by him as being in "as new condition throughout".

PLEASE NOTE: This lot is no longer being offered without reserve. It now carries an estimate of £15,000 - £18,000. H&H apologises for any inconvenience caused by the vendors' mis-instruction.
Share: