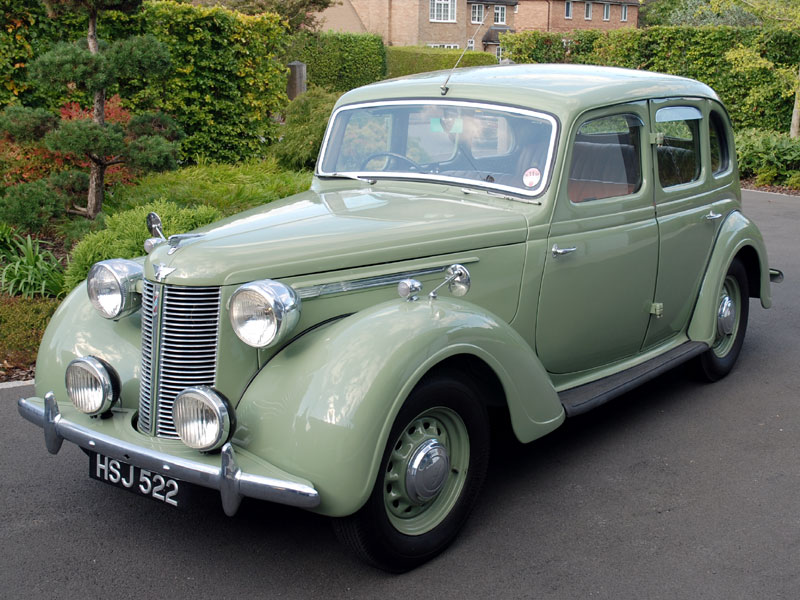 This very smartly presented Austin 12 is understood to have been a prototype for the largely identical 16hp model introduced immediately post-war, and therefore has the larger 2.2-litre engine (the first OHV unit to be fitted by Austin) and improved four-speed manual gearbox. It boasts an interesting history, having been initially employed as a Royal Navy staff car aboard HMS Implacable and HMS Indomitable, as which it travelled to the Far East, Australia and New Zealand. Wearing its original registration, 'SSV 586', it apparently starred in a number of films and TV series during the early 1990s and has been in the current ownership since 2009. A nut and bolt restoration was undertaken between 2010 and 2012 and the vendor now grades the big Austin's bodywork, Green paintwork, Tan interior trim, and four-cylinder engine as all being in 'excellent' order. A splendid example of a relatively rare breed.
Share: