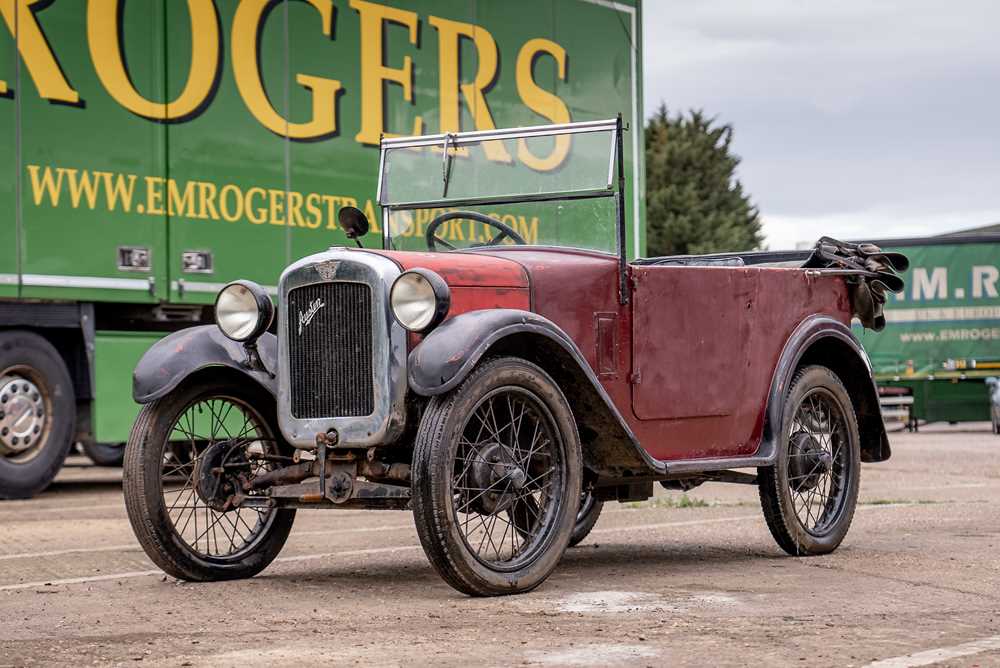 First registered in Somerset on 22nd January 1930 (or so its number plate would imply), ‘YC 8194’ entered the current family ownership some eighty-seven years later on the understanding it was ‘a delightfully original and unmolested car’ that had been with its immediately preceding keepers for four decades. Featured in the TV-series 'Sam' which ran from 1973-75 starring Mark McManus and Michael Goodlife, the diminutive four-seater has not been started or run for the last few years and as such will require recommissioning / refurbishment before use. Accompanying paperwork includes the most recent purchase invoice for £10,800, V5C Registration Document and several old MOT certificates dating back to 1982.