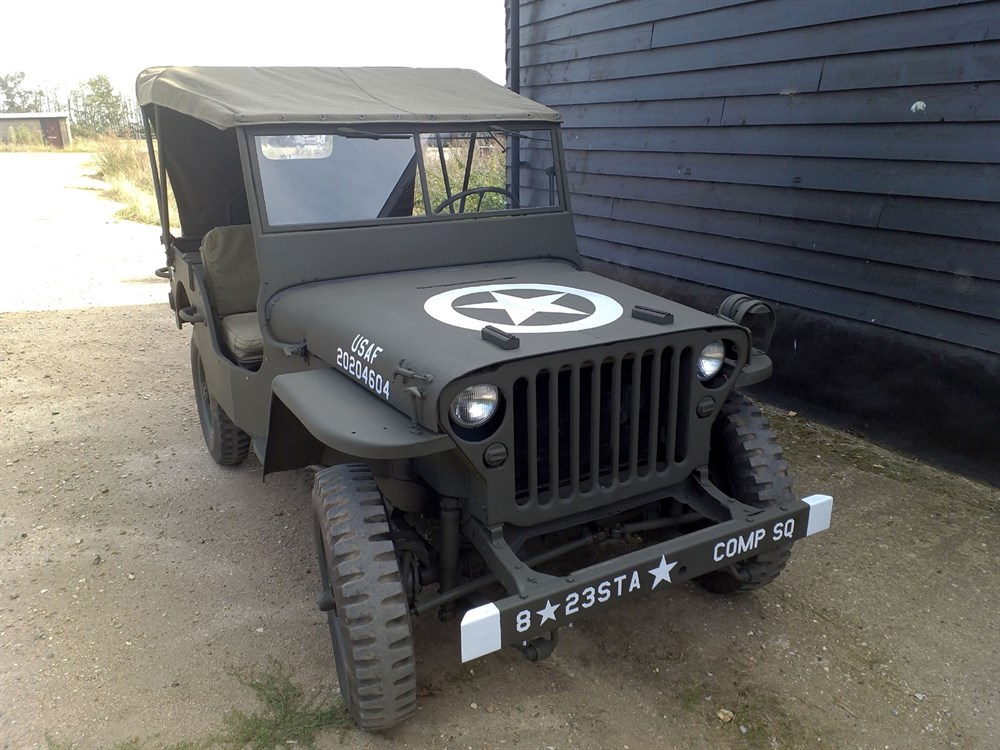 Arguably more iconic than a Sherman Tank or P-51 Mustang, the Jeep is for many the definitive WW2 vehicle. Equipped with a torquey L-headed 2.2-litre engine driving all four wheels via a three-speed manual box and two-speed transfer case, the tough, go anywhere four-seater did its job exceptionally well. By the end of the war, 647,870 Jeeps had been produced - 281,448 of which were manufactured by Ford.

Reportedly delivered on 5th February 1943, this particular Jeep was first UK road registered as `UVJ 118' some thirty-eight years later. Powered by a Willys `Go Devil' engine, its running gear and body are understood to be similarly period correct. Apparently `running and driving as it should', the 4x4 sports markings associated with the US 8th Air Force's 23rd Compliment Squadron. Stationed at Duxford during World War Two, the 23rd were responsible for air traffic, refuelling, fire fighting, rescue and security etc. Offered for sale with V5 registration document and known ownership history for the last twenty years.

PLEASE NOTE: The V5C Registration Document for this lot identifies it as a Ford Light 4x4 Utility and not as a Willys MB Jeep as mistakenly stated in the catalogue. The dashboard carries a Ford branded plate with the serial number 2078606 stamped into it.