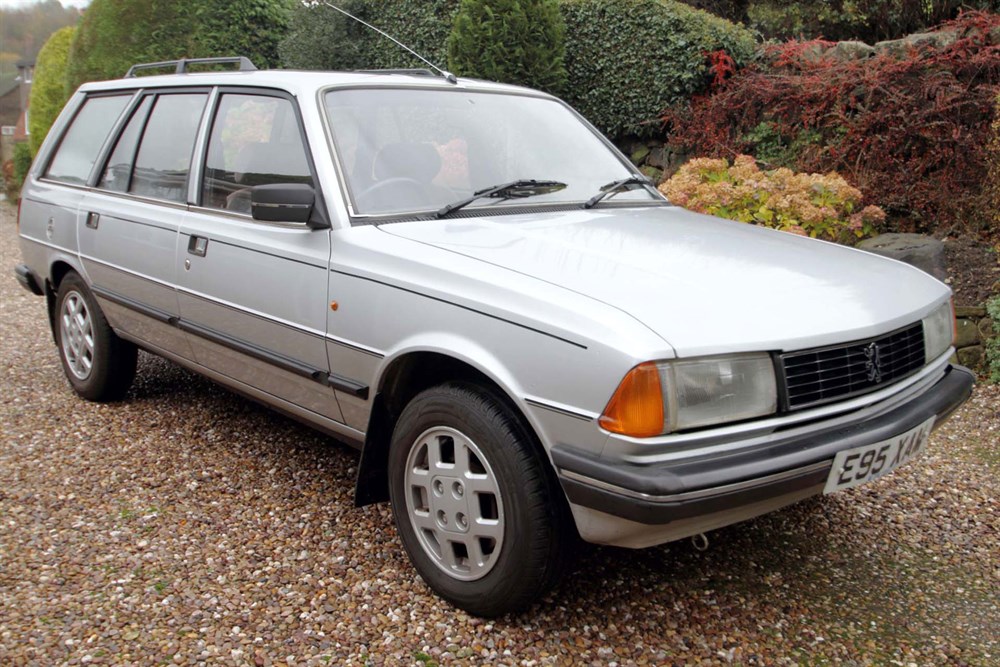 One of just six surviving Peugeot 305 Auto cars currently known to the DVLA, 'E95 XAM' is variously described by the vendor as being in 'good' (bodywork), 'very good' (1.6 litre petrol engine, automatic transmission, electrical equipment, paintwork) or 'excellent' (interior trim) condition. Finished in Silver with Grey cloth upholstery and a factory-fitted sunroof, the Estate is said to come with 'handbook, service history book stamped up to 1992 but many receipts from then until 2019 and MOTs from 1993 - present'. Riding on 'very good' alloy wheels shod with fresh tyres, the Peugeot is further understood to 'run excellently with a very smooth auto box'. A decidedly rare and practical classic that even retains its original boot liner tray, when did you last see another?

Introduced in November 1977, the Peugeot 305 owed its crisp styling to Pininfarina. Initially available as a four-door saloon, the newcomer could later be had in five-door estate or three-door panel van guises. Competing with the Ford Cortina, Vauxhall Cavalier and Morris Marina for British sales, the Peugeot was voted What Car magazine's 'Car of the Year' in 1979. A facelift three years later brought the option of five-speed manual transmission and more powerful XU-series engines not to mention a new dashboard and improved steering / handling. Equipped with notably compact independent trailing arm rear suspension - a system which would subsequently become something of a PSA (Peugeot Citroen) Group staple - the 305 Estate remained in production until 1988.