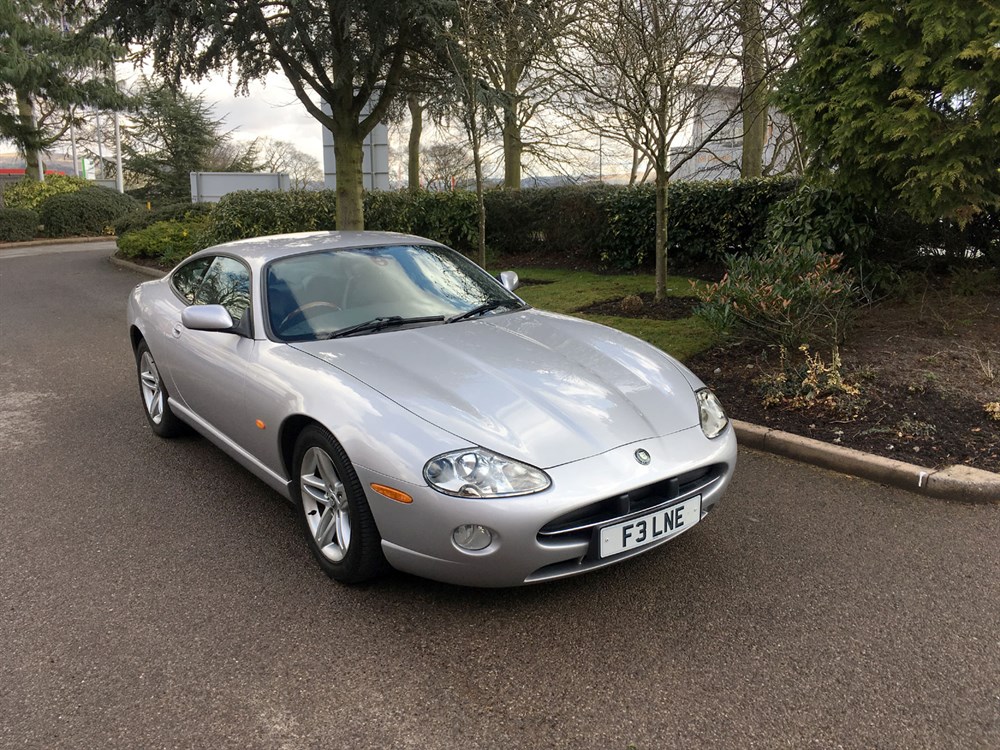 - Enjoyed as an everyday car until 2014 since when it has been stored / used sparingly, warranted 44,500 miles

Having purchased this first generation Jaguar XK8 4.2 from Evans Halshaw of Stoke-on-Trent in June 2011 at 19,591 miles, the vendor and his son used it as an everyday car for the next three years. Professionally stored between 2014 and 2016, the 2+2-seater has been kept garaged and used sparingly since then. Warranted to have covered just 44,600 miles from new and carrying the apt number plate 'F3 LNE' (Feline), the Jaguar is variously described by the seller as being in 'very good' (paintwork) or 'excellent' (4.2 litre V8 engine, automatic transmission, bodywork, electrical equipment, interior trim) condition. He further comments: 'I am not aware of any issues with the car and am happy that there is no remedial work required in order that it would pass an MOT. Although it may need one tyre in the not too distant future according to its last MOT. This is still current as the car has only done 100 or so miles since that test was passed'.

Living up to expectations can be a burden. Consider the handsome Geoff Lawson-penned XK8 that followed in the wheeltracks of such automotive icons as the XK120 and immortal E-type. Like the E-Type before it, the XK8 made its debut at the Geneva motorshow - that of 1996 - and, from launch, was available in either Coupe or Convertible guise. Like its immediate predecessor, the XJS, the original XK8 was more of a Grand Tourer than an outright sports car. It also had the distinction of being the first Jaguar to be powered by an eight cylinder engine. This then, was a cat with strong DNA but also its own distinctive, endearing personality. At the time of the newcomer's unveiling, Jaguar Cars was owned by Ford, as was Aston Martin, and it made sound economic sense for the XK8 and similarly targeted DB7 to share the same platform; which itself was derived from that of the outgoing XJS. The biggest of many differences between new and old, was the adoption of Jaguar's second generation independent rear suspension system, previously found on the XJ40 Saloon. Prior to 2003, power came from either a normally aspirated (XK8) or supercharged (XKR) 4.0-litre version of the company's DOHC V8 AJ26 engine. From 2003 to the end of production in 2006, the 4.2-litre AJ34 unit was employed. In each case, the engine was allied to either a five or six-speed (from 1997 onwards) automatic transmission.