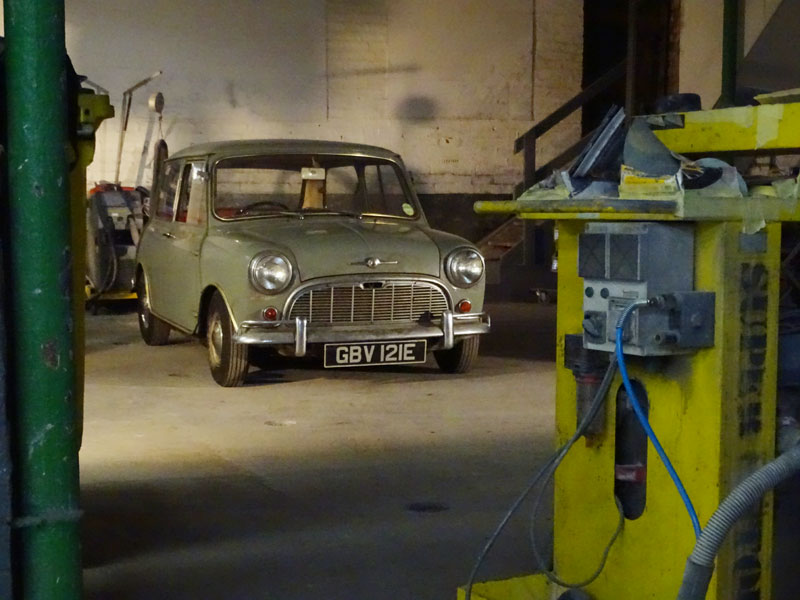 - Resided in the same domestic garage from 1967 to date.

The vendor, son of the original owner, says: "My father purchased GBV121E brand new in 1967 for his early retirement. The car was used mainly for holidays; my parents loved touring the Highlands of Scotland as well as North Yorkshire. My father was diagnosed with ME in the early 80s. The Mini was very little used and in 1983 it was taken off the road. When my father was told he would never drive again he gave the car to me. It was sheeted and raised off the floor supported with wooden blocks under the sub frame to keep the weight off the suspension and wheels and never moved again until this year. So the car only ever had one driver."

With the reverberations of the 1956-1957 Suez Crisis being felt worldwide, Leonard Lord commissioned Alec Issigonis to work on a radical small car project. His response was the now legendary Mini. Featuring an ingenious transverse-mounted powertrain (with engine sat atop the gearbox), all-round independent 'rubber cone' suspension, front-wheel drive and compact rack and pinion steering, the newcomer was a packaging masterpiece; not to mention one of the most influential automotive designs ever conceived. The exceedingly pretty home market 850 Mini now offered for sale is finished and trimmed in an eye-catching shade of Tweed grey and red