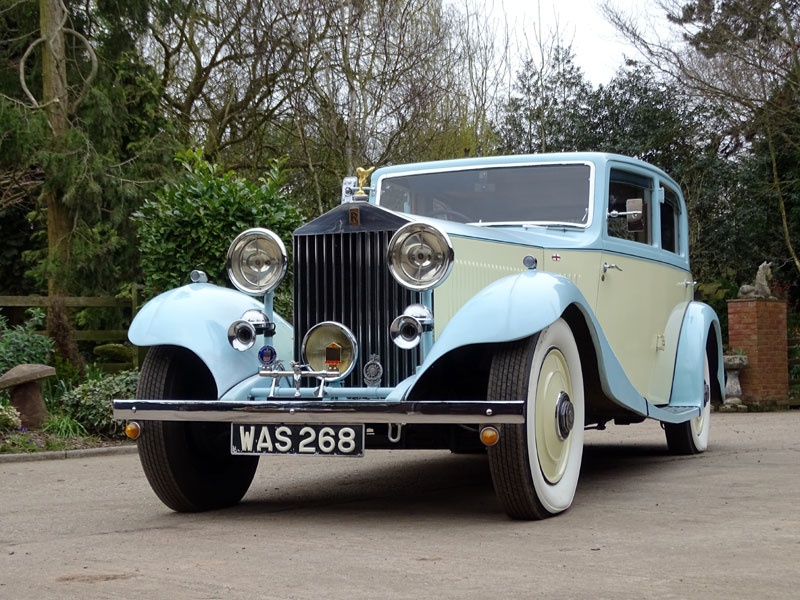 - Maintaining its policy of offering one 'Large' and one 'Small' model (the terms being purely relative), Rolls-Royce introduced the 20/25 in 1929 as a successor to the outgoing 20. Though the newcomer was aimed at owner drivers, many examples were sold to customers with chauffeurs. Power came from an enlarged version of the straight-six unit used in the 20. Now of 3,699cc, it made for swifter acceleration and a higher top speed of up to 75mph. The four-speed manual gearbox featured the manufacturer's traditional righthand change and was equipped with synchromesh on the top two ratios from 1932 onwards. The substantial chassis sported rigid axles front and rear suspended on semi-elliptic leaf springs. The four-wheeled braking was mechanically servo assisted. Bodywork for the 20/25, was to the taste of the customer, and Gurney Nutting, Park Ward, Thrupp & Maberly, Mulliner and Hooper were among the many coachbuilders selected to clothe these fine cars. Nearly 4,000 20/25 chassis were produced, making it the company's best-selling model between the wars