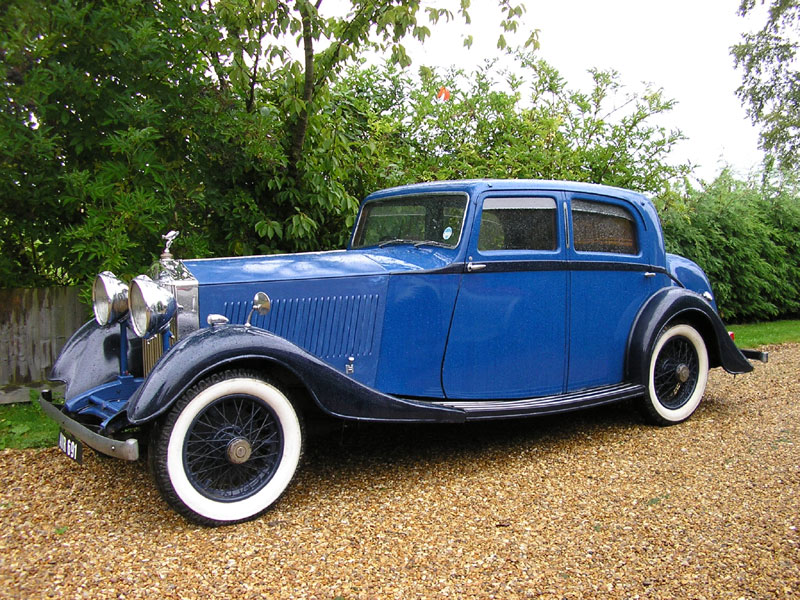 Introduced in 1929 as a successor to the outgoing 20, the Rolls-Royce 20/25 was primarily aimed at owner drivers. Nearly 4,000 chassis were produced, making it the company's best-selling model between the wars. The example offered here is in running order and described by the vendor as having the 'potential for a rolling restoration' - he currently classes the bodywork, paintwork and interior trim as 'fair'. According to Tom C. Clarke's book on the model, chassis GED26 was fitted with engine No.F6N and taken off test on June 6, 1934. It was then despatched to coachbuilder William Arnold - the first owner of the resulting four-light Saloon was a Mr H Carden. 'AVR 691' is now presented for sale in Blue over Black, trimmed in Blue leather and rides on colour-keyed wire wheels shod with white-walled tyres. The Rolls comes complete with a copy of the factory build sheet and a history file containing various invoices etc.