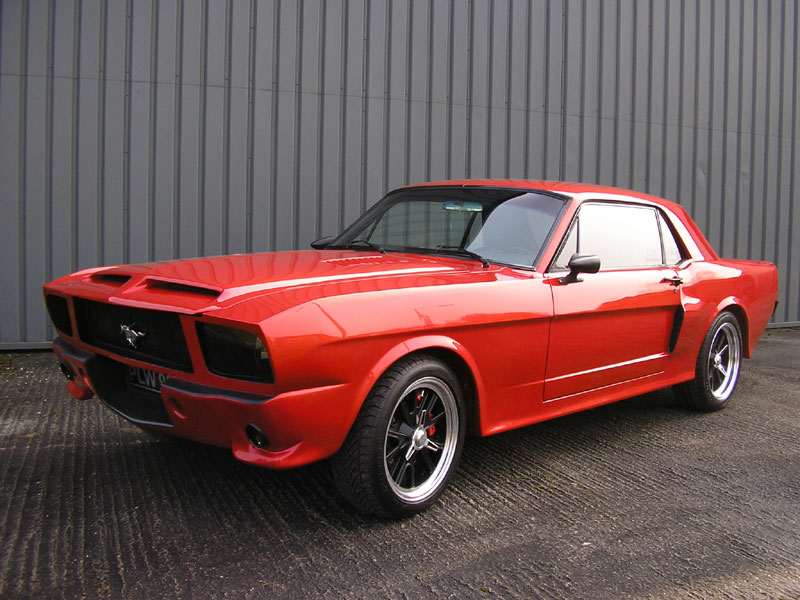 Only 19 of the Mustang's built by Ford's Amsterdam plant in the September 1965 to August 1966 model year are currently accounted for, and just one of 40 from January 1966. That car was imported to the UK 10 years later and had experienced eight changes of owner and one colour switch before being purchased in June 2010 by Colchester-based Bakard Customs And Restorations. The company has since invested c.£39,000 on parts alone in repairing and customising every aspect of `PLW 934R'.

The engine is a 302ci (5-litre) Ford V8 unit from 1987 that features an upgraded camshaft, Edlebrock manifold, Hedman Hedders and full stainless steel Flowmaster exhaust. The automatic transmission has been upgraded to Stage 1 specification by an Essex-based specialist and comes with a lifetime warranty. The braking has been greatly improved courtesy of a hidden power booster and Baer SS4 conversion that includes vented, grooved and drilled discs. The suspension comprises all new standard specification components, plus a one-inch lowering kit and KYB dampers. The sumptuous Satin Black interior has been customised with TMI black Pony racing seats, full Dynamat soundproofing, Bakard instruments, and classic-looking modern stereo and speakers with USB connection. The truly dramatic-looking exterior is finished in Suzuki Candy Max Orange Pearl and benefits from moulded side air scoops, Maier racing bootlid, custom front bumper and headlight surrounds, smoked 2009 model year Mustang headlights, de-guttering of the roof, and black-centred knock-on alloy wheels.

This immaculate-looking left-hand drive pony car is effectively an `all-but-new' vehicle, with only the roof, centre tunnel, inner wings and some items of glassware now remaining from the original Dutch-manufactured Mustang. It comes complete with an extensive history file that details the build, all related parts invoices etc. A truly awesome machine that will surely set the blood pumping within muscle car enthusiasts everywhere.

PLEASE NOTE: This bespoke Mustang had circa £39,000 spent on parts alone during its refurbishment / upgrading (and not $39,000 as stated in the printed catalogue).