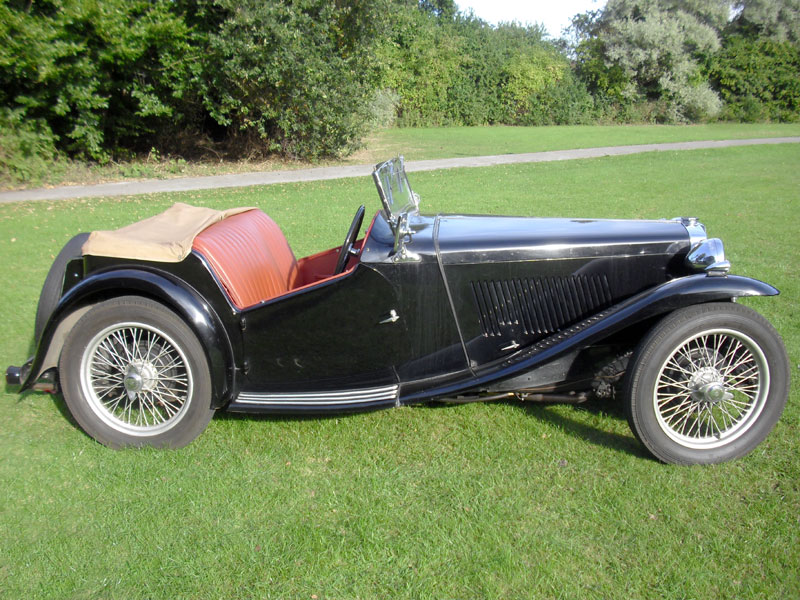 The smart TA offered was purchased by the vendor's husband when he was just 17 years old. He then ran and maintained the car for three years before dismantling and storing it for the next 30. Scroll forward to 1998/1999 when 'ERA 433' was treated to a restoration by John Selway, during which a 1549cc VA engine was installed in place of the original 1292cc unit (the latter still exists in pieces) - as the vendor explains 'the car was rebuilt to drive, not to show'. And indeed it was used up until October 2014, since when it has been dry stored. The righthand drive MG is presented for sale in the pleasing combination of Black bodywork teamed with Red leather interior trim. The vendor nowadays grades the bodywork, paintwork, engine and four-speed manual gearbox as 'very good' and the interior as 'excellent'. The TA model was introduced in 1936 following the sale of the MG company to Morris Motors. It featured that firm's OHV engine which had better pulling power than the OHC unit of the outgoing PB, while an increase in length and width endowed the interior with considerably more space and comfort. Hydraulic brakes were another welcome addition.