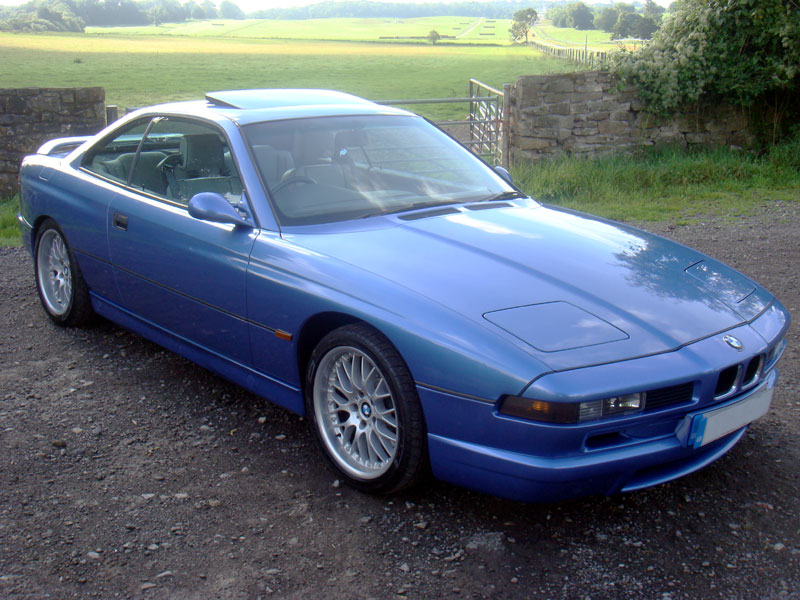 The Klaus Kapitza-designed 8 Series (chassis code E31) was launched at the Frankfurt Motor Show in 1989. Though it effectively replaced the 6 Series, it was originally intended as an additional model line - an upmarket range with superior performance and price tag to match. During its 10-year reign, the 8 Series was offered in 830i, 840Ci and 850i/Ci form, of which the 840Ci was the second most popular variant. When introduced in mid-1993, it was fitted with a 4-litre V8 engine mated to either a 5-speed automatic or a six-speed manual transmission. With 282bhp on tap, this version could achieve the 0-62mph sprint in an impressive 6.9 seconds. Nevertheless, during 1995 the M60 engine was replaced by the M62 V8 unit of 4.4-litres capacity. The fully independent suspension featured struts at the front and an innovatory multi-link system with coil springs on the rear. Steering was by ball and nut and braking by discs all round - vented at the front; solid at the rear. Over 1.5 billion Deutsche Marks are said to have been spent on the car's design and development. Though electronically limited to 155mph, the most powerful 8 Series models had a potential top speed of almost 190mph.

This striking right-hand drive 840Ci is a Sport model manufactured in 1998 and equipped with the optional five-speed automatic transmission. It features Estoril Metallic Blue coachwork teamed with a Light Grey leather interior, and comes complete with all its past MOTs, a fresh MOT test certificate, and a fully documented BMW service history up to September 2008. The last service was carried out by a marque specialist in September 2010, since when the BMW has covered less than 1,000 miles. The notably high specification of 'S373 GAN' includes: a factory-fitted sunroof, rear sunblind, air conditioning, electrically operated seats and a sports exhaust.
Share: