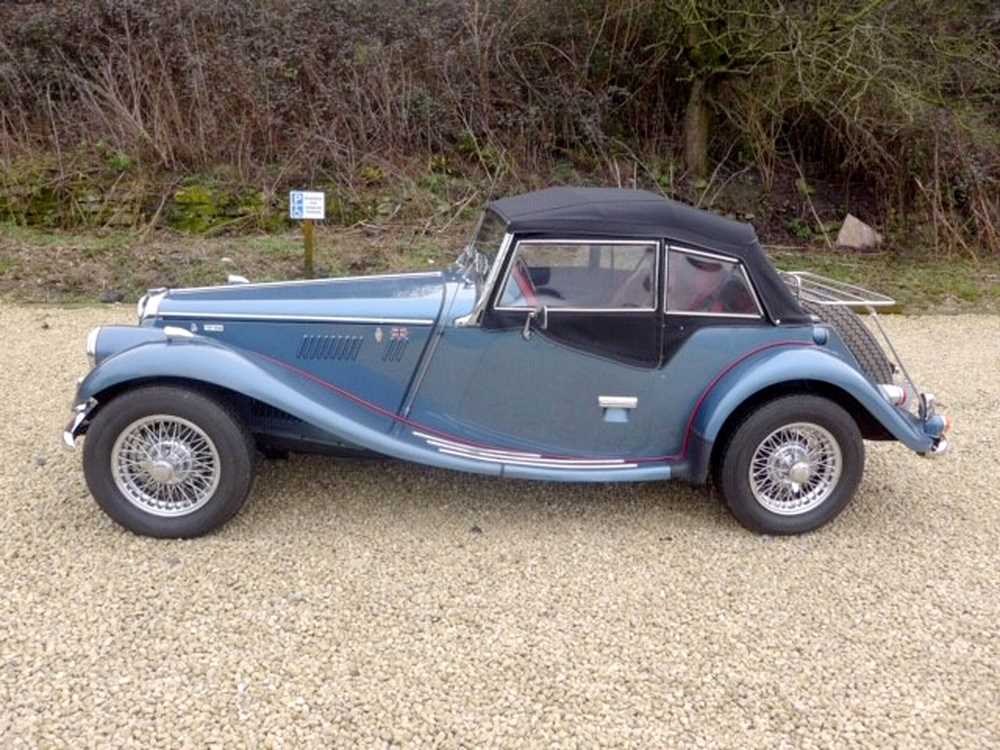 Factory built on the same Ash frame as the original 1954 MG TF, Naylor Bros were the foremost restorers of MG TFs and worked closely with BL to produce this modern version. K461 XFX was the 60th car built in the Bradford factory and has covered just 13,600 miles from new. Completed in 1985, the car (sale number 51) was acquired new by the Eire distributor (original sales invoice on file) being subsequently registered in 1993 as an ex-demonstrator. Subsequently purchased by the vendor from a friend of the original importer who had stored it for several years with c.4,500 miles recorded, the car was returned to the UK and recommissioned in January 2011 by an MG specialist. Regularly used and serviced, it is MoT tested until November 2020. Benefiting from numerous upgrades and new parts the impressive specification includes; red leather interior stainless exhaust, new alternator, new front discs, new coil over adjustable shock absorbers, new Clutch (2018), electronic fuel pump and fan, retro radio, spare wheel cover, new battery and isolator, new Motolita steering wheel and front wings and sills "wrapped" for stone chip protection. There are phootgraphs on file of the original build process.