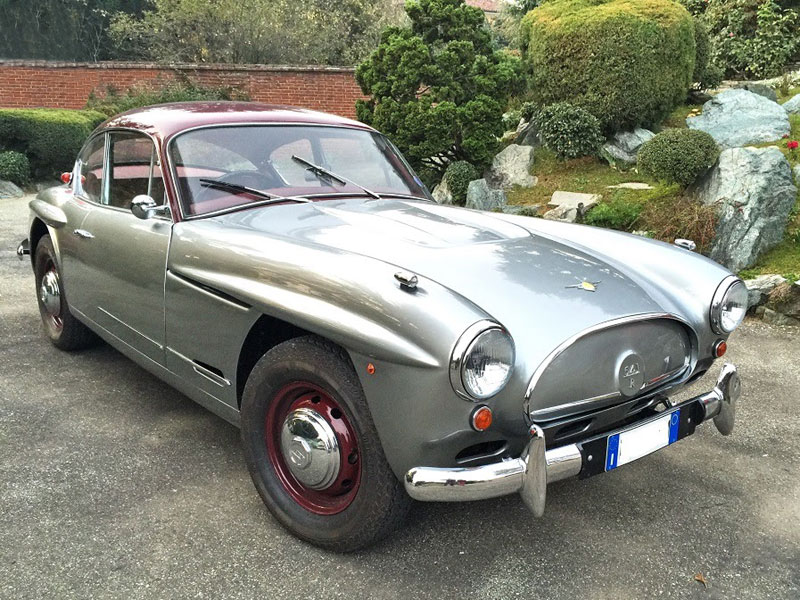 Although previewed at the 1953 Earls Court Motor Show, customer deliveries of the Jensen 541 did not start until 1955. An avant-garde design, its strikingly handsome, Eric Neale-penned GRP bodywork clothed an immensely strong tubular steel chassis frame. An accomplished GT, it was powered by an Austin 3993cc OHV straight-six engine allied to four-speed manual transmission. Introduced for 1958, the range-topping 541R was reputedly capable of 125mph. Far pricier than the base model (£2,886 7s 0d vs. £2,153 17s 0d), it boasted Laycock overdrive and four-wheel disc brakes as standard. Only in production for three years, just 193 are thought to have been made.

Chassis 3674319 was purchased by the late Dr Norman Paskin in February 2016 from an Italian marque enthusiast (and Jensen Owners' Club member) who had treated it to an extensive 'body off' restoration. The engine, gearbox, major units and suspension were all overhauled and bills for a significant parts' value accompany the car. In the process of the restoration much of the chassis was refurbished and the bodywork stripped of paint before being refinished in its original livery of Silver Grey with a Burgundy roof and Burgundy wheels. The interior was fully retrimmed in Red leather too. Prior to his death in April this year, Dr Paskin had reunited the 541R with its original registration number 'WXP 628'. Sadly, he never got to use the car which has been in store at Bicester Heritage since its repatriation. Known to the Jensen Owners' Club for many years prior to its Italian sojourn, chassis 3674319 belonged to several enthusiasts in the South-West including a Dorset-based gentleman who had it from 1982-1996. Missing its spare wheel carrier and lacking a functioning tachometer, 'WXP 628' is rated by the vendor's agent as being in 'good' (electrics, paintwork, interior trim) or 'very good' (engine, gearbox, bodywork) order.