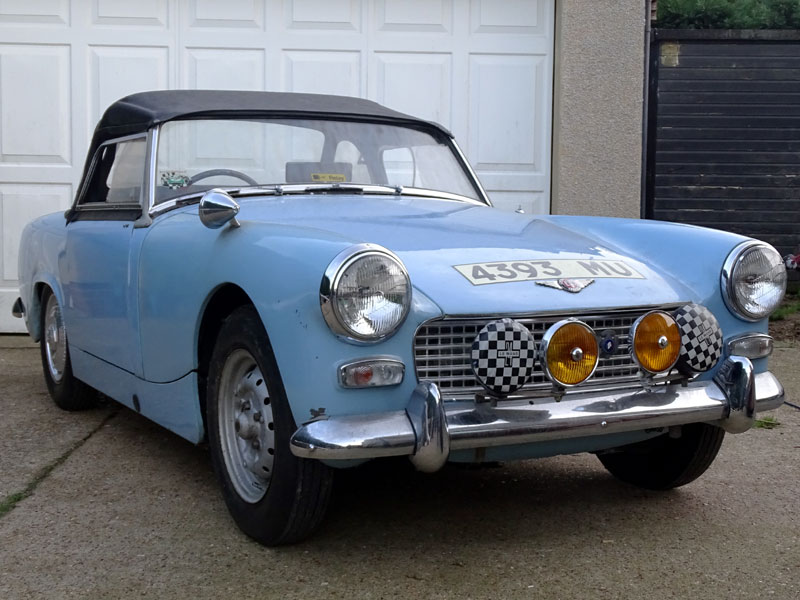 Thanks to its prominent, bonnet-mounted headlights, the original Sprite quickly became known as the `Frogeye'. The little two-seater, designed by the Donald Healey Motor Company and built by BMC at the MG factory in Abingdon, was launched in Monte Carlo immediately prior to the 1958 Monaco Grand Prix. Some 129,000 Sprites were made between the 'Frog Eye' of 1958 and 1971. The bodywork was completely revamped for the MKII introduced in 1961, which featured conventional wings, bonnet and headlights. The rear was also updated and given an opening bootlid. Finished in light Blue with Blue upholstery, this particular example is offered from a long term deceased ownership and is in 'garage find' condition. Offered with original brown log book we are also informed the engine is free. Displaying '4393 MU' the Austin-Healey is currently not on the DVLA database. However it is understood the original Middlesex issued registration can be obtained back by the new keeper. A rewarding project.