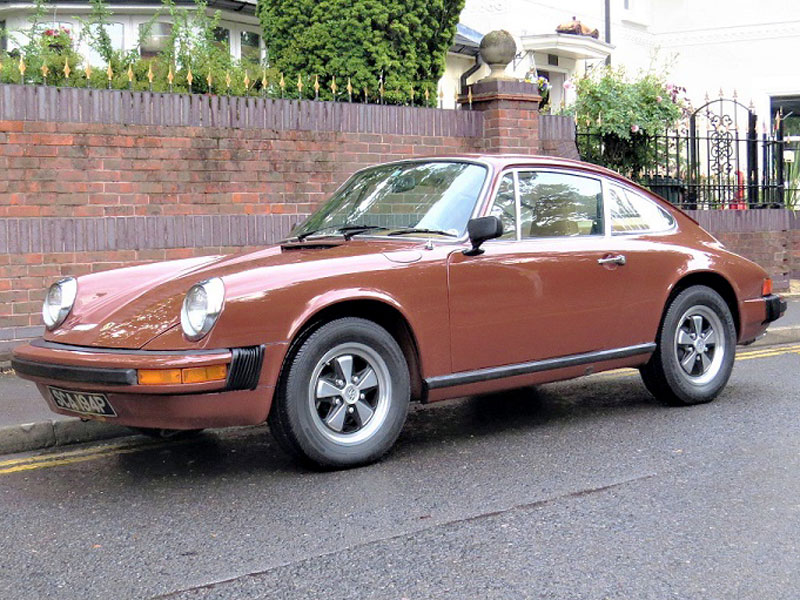 Concerned over the price increase for the new 911 model, Porsche introduced the entry level 912 in 1965 to bridge the gap between the outgoing 356 and 911. Initially powered by the 4-cylinder 1.6-litre unit proved in the 356, the model found favour with Porsche buyers and was to outsell the 911 for the first few years of its production. Discontinued in 1969 following the launch of the 914, it was not until 1975 that the model was reintroduced as the 912E, sharing the G-Series bodywork of the 911S but powered by a VW 2-litre unit, to again bridge the gap between the discontinued 914 and 924. Production ran from May 1975 to July 1976 and 2100 cars targeted at the US market were built.

We are advised this rare survivor was recently imported from the US and treated to a retrim in tan leather at a reputed cost of £5,000. The engine was also overhauled at this time. The car has just been subject to a glass-out respray in brown, wheel repolish and new brake discs and a new headlining have been fitted. Now registering some 113,000 miles, it is offered with current MoT to July 2018. For those looking for the Porsche experience on a budget, the 912E still provides a highly enjoyable solution despite the passage of 40 years.