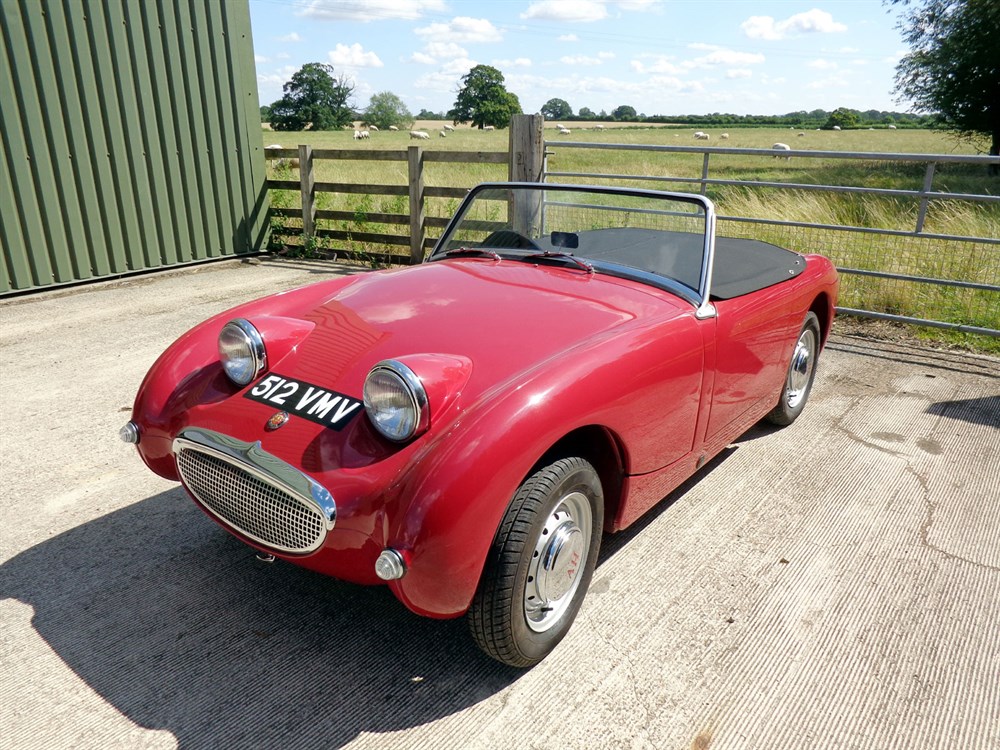 - Offered with history file plus invoices totaling just short of £30,000

Finished in Red matched to Black interior trim, `'512 VMV' has remained in the same ownership since 1981 and was originally employed to transport the vendor to and from University. Having fallen into disrepair it was then placed in storage until 2007, when he could justify the cost of restoration - a task that was entrusted to Robin Lackford of Cowfold, Sussex. The Frogeye was treated to a nut and bolt refurbishment, during which a 1275cc A Series engine was sourced and mated to an appropriate gearbox. Other upgrades included a 3.9:1 final drive, disc brake conversion and other sensible safety-oriented modifications. Having relived the dream, the vendor finds other pursuits mean the Sprite is increasingly little used and should now be enjoyed by somebody else. It is being offered complete with tonneau cover, woodrim steering wheel and a history file that includes all the restoration invoices, which apparently total just short of a cool £30,000.