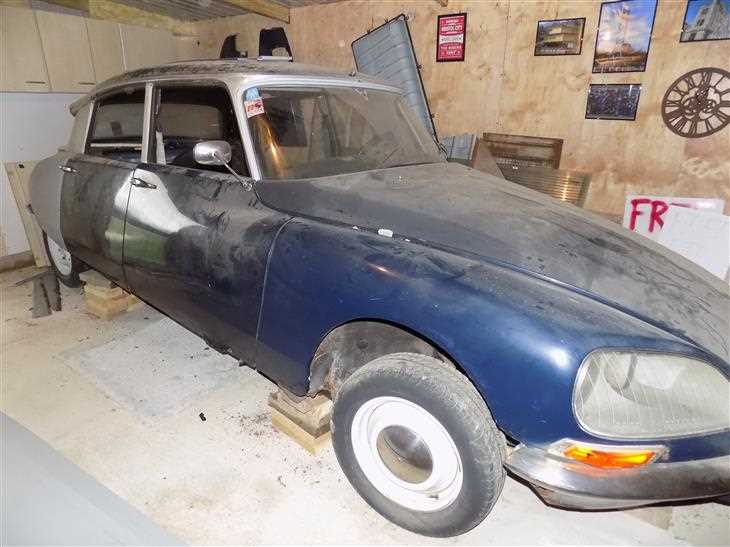 Intended as a more affordable and less complicated version of the iconic DS, the ID19 was launched in 1956 and initially lacked its sibling's hydraulically-operated clutch and gearchange, and unique powered steering and braking systems. However, the ID range was subsequently developed in parallel and by the 1970s, ID specifications had greatly improved and the latter was equipped with powered steering and braking and a five-speed manual gearbox, and offered in three versions - the 1985cc D Special and D Super and the 115bhp 2175cc D Super 5.

This D Special variant of the ID19 was manufactured in 1971, reaching UK shores in 1991 and covering five total keepers since, with the custodian before the vendor having the car for 13 years in total. Purchased by the vendor in 2015 as a restoration project and part completed in the years since the Citroen is offered for sale as a stalled restoration project. The seats and door cards have been reupholstered and retrimmed in Cream leather with Blue piping. Additionally, the rear wings, boot lid, and near-side rear door have been repaired. Certain panels and repair sections are included, such as front valance and deflectors, a rear cross member with reinforced jacking points, rear wing channels, and some door repair sections. The engine is said to turn-over but requires attention, as will the sills and floor. With a recorded mileage of 18,421, the Citroen is accompanied by a V5C document, and photographs of the car before restoration are available.