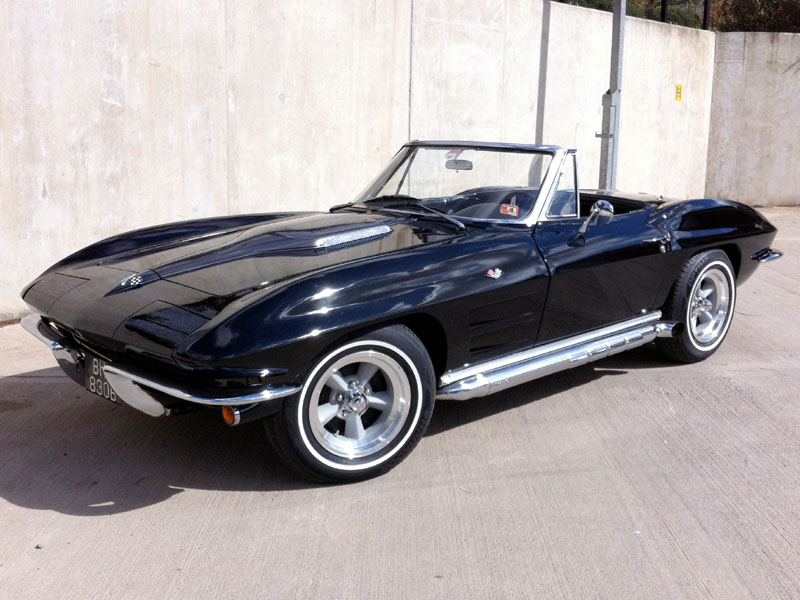 Finished in striking 'Triple Black', this particular left-hand drive example is understood to have benefited from an extensive 'body off' restoration. Treated to new American Racing alloy wheels and Hankook tyres since entering the current ownership two years ago, the Roadster is said to possess an "almost faultless interior", "as new soft-top" and "deep mirror shine paintwork". The subject of a past overhaul, its 350ci V8 engine boasts "an early high performance 4 bolt main block, approximately 80psi oil pressure with no leaks/rattles" and "Thrush sidepipe exhausts". Equipped with a four-speed close ratio Muncie manual gearbox, the two-seater's impressive specification also includes power steering. Freshly serviced, this pampered 'Vette is offered for sale with MOT certificate valid until May 2013.