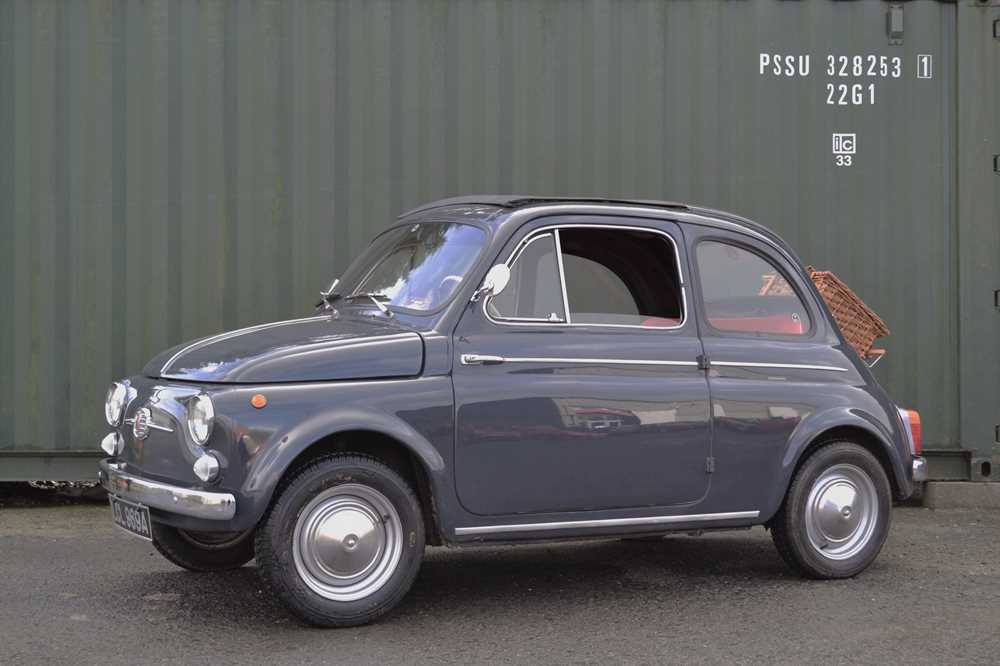 Introduced in July 1957, the 'Nuova 500' was engineered by Dante Giacosa. Based around a monocoque bodyshell equipped with all-round independent suspension and four-wheel hydraulic drum brakes, the newcomer utilised a different mechanical layout to its 'Topolino' predecessor. Still driving the back wheels, its rear-mounted, air-cooled, two-cylinder OHV 479cc engine was a first for Fiat. Developing just 13bhp, the compact powerplant was mated to a four-speed crash gearbox. Inheriting its larger 499.5cc unit from the short-lived 'Sport' variant, the 500 D debuted in 1960. With its rear-hinged 'suicide' doors and generous sunroof, the diminutive four-seater weighed in at a little over 500kgs. As such, it was able to extract a 60mph plus top speed from just 17.5bhp. These suicide door and crash-box variants are now thin on the ground and one of the more collectable Fiat 500 models.

Manufactured in 1963, this 500 D was supplied new to Italy before being imported into the United Kingdom in 2017. Finished in Grey with Red and Cream leather upholstery and the feature sunroof cover is trimmed in Black. Having two former UK keepers since landing in the United Kingdom, the Fiat shows a recorded mileage of 8,681 kilometres, although this is not warranted. The Fiat is fitted with the 499.5cc engine and non-synchromesh gearbox and was comprehensively restored in 2017. Maintained since by a classic Italian car specialist with invoices on file, the 500 D is also offered for sale with a selection of original Italian paperwork.