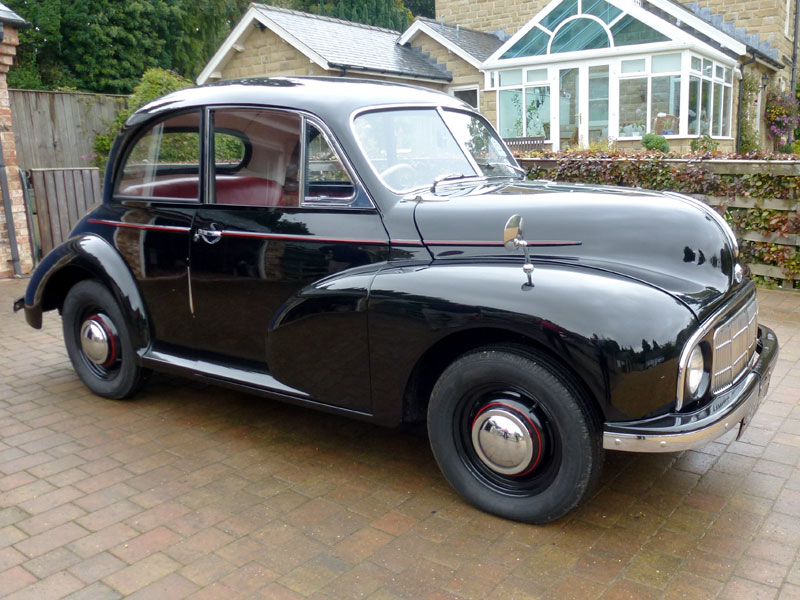 This smart-looking MM is from the Minor's first year of production and is believed to be the second oldest example remaining in the UK. It was exported new to Zimbabwe (née Rhodesia) and repatriated in 1986. The vendor informs us that `GSV 426' has "totally original bodywork that has had no welding and is superb underneath". He describes the bodywork and gearbox as "excellent", the four year old Black paintwork as "brilliant", the Red vinyl interior as "good for its age" and the correct type replacement sidevalve engine as "good". The mighty Morris is MOT'd until July 2013.