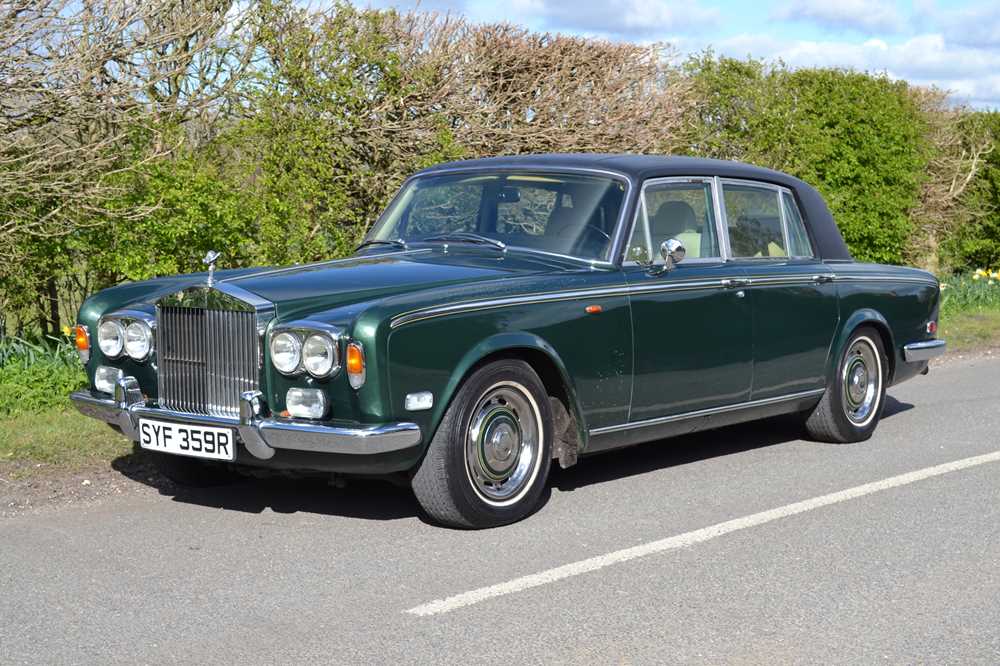 The Shadow's arrival in 1965 resulted in many firsts for the company, including: unitary construction, disc brakes and independent rear suspension. Though smaller than the Silver Cloud III, it possessed greater space and boasted far more contemporary looks. At launch it was powered by a 172bhp V8 engine of 6,230cc, though this was enlarged to 6,750cc during 1970. The 'magic carpet' ride was achieved courtesy of a system licensed from Citroën.

This Silver Shadow was manufactured in 1976 as a left-hand drive example, finished in Scots Pine with beige interior and a black Everflex roof. Supplied new to H.E. Sheik Kamal Adhem (royal council to both King Faisal and King Khalid), there is a video illustrating the car arriving at Downing Street for the Sheik to meet Margaret Thatcher. ‘SYF 359R’ cost £23,657 when new, having only one subsequent keeper and a recorded odometer reading of just 24,213 kilometers which is thought but not warranted to be genuine.

Offered with the Arab-British Chamber of Commerce documents relating to the car, invoices relating to the cars supply when new, a packing note for supply of doors to the Personal Protection & Communication Services, a diplomatic tax disc, and V5. Benefiting from much remediation work in the past three years including brake caliper refurbishment, carburettor overhaul, new rotor arm, fan belt, cylinder head gasket, valve seals, distributor cap and rotor arm costing approximately £4,151.30. The Rolls-Royce’s exhaust was blowing upon photography.