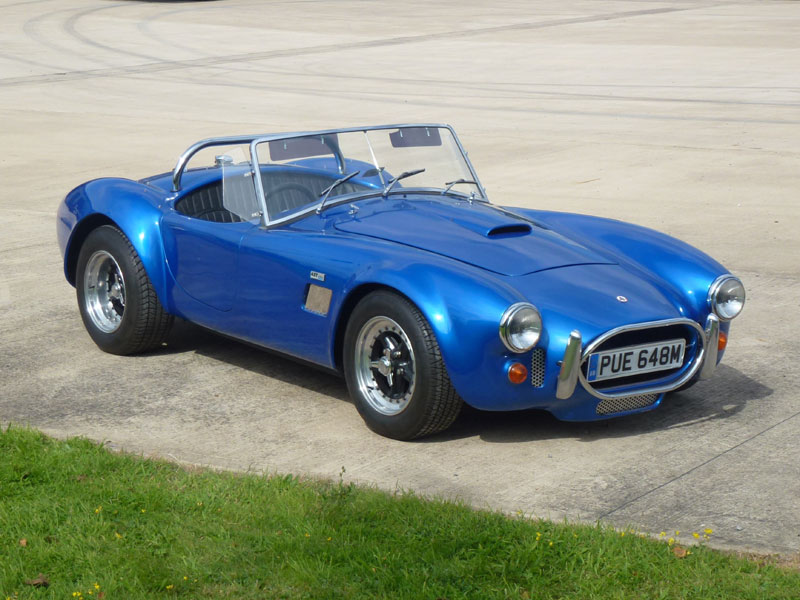 Designer of the original AC Ace chassis (which evolved into the Cobra), John Tojeiro later had a hand in the respected Dax Cobra 427 Evocation. Based on a Jaguar XJ12 donor (the identity of which still appears on its V5 Registration Document), this particular example was built for first owner John Bell using a Ford Cosworth 2-litre DOHC turbocharged engine, five-speed manual gearbox and 3.07:1 limited slip differential. Prepared and installed by Sue Collins Performance Engineering, the four-cylinder unit was credited with developing 300bhp at 1bar boost (and 400bhp at 1.8bar). Featured in the June 1991 issue of Top Car magazine as part of a Cobra track test, the two-seater beat V8-powered opposition to sprint from 0-60mph in 5.74 seconds. Understood to have covered circa 2,500 post-completion miles and scarcely used since entering the current ownership during July 2003, `PUE 684M' has nonetheless been treated to a respray and new aluminium dashboard fascia.