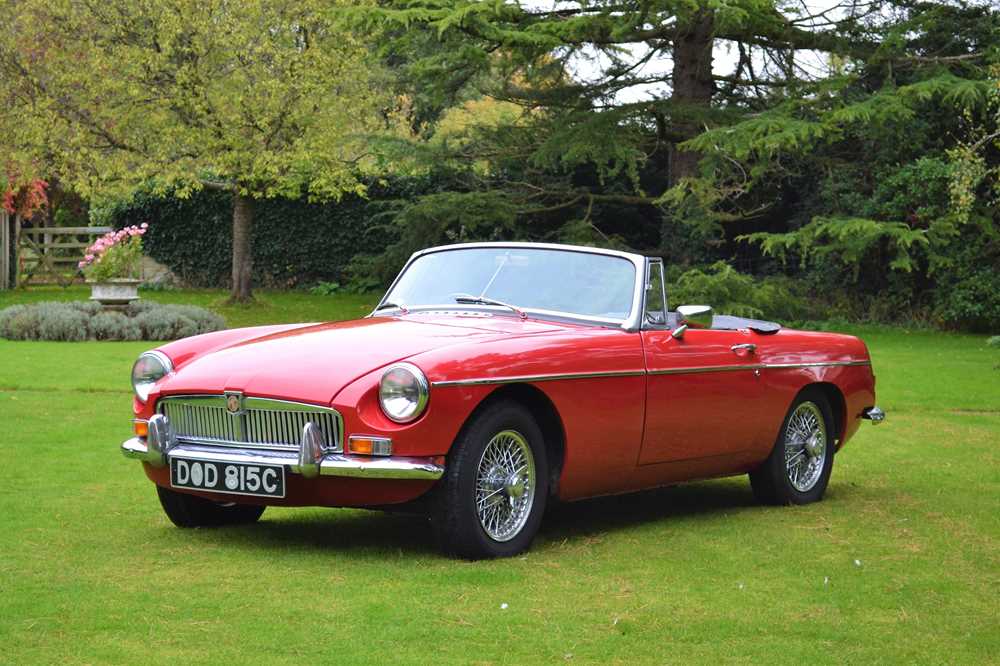 Introduced in 1962, the MGB Roadster enjoyed an eighteen-year production run. With nicely balanced handling and a good turn of speed, it merited the old MG marketing slogan 'Safety Fast'. Based around a monocoque chassis featuring independent coil-sprung front suspension and a leaf-sprung 'live' rear axle, its 1798cc 'B' series four-cylinder engine was allied to a four-speed manual transmission. Capable of over 100mph, the provision of front disc brakes and rack-and-pinion steering greatly aided control.

Manufactured in 1965 and was first registered in the United Kingdom on the 14th of September 1965. Fitted with the 1798cc straight-four B-series engine with four-speed manual transmission with overdrive, the MGB was originally finished in Green although the colour has since been changed to the Red it is presented in today. With complementary Black and Red piped interior upholstery, and black hood and tonneau cover, ‘DOD 815C’ entered into current ownership in 2012. Benefitting from approximately £6,500 worth of expenditure in 2014 with the MGOC Workshop which included new sills and floor sections, other bodywork repairs and repainting, new exhaust mountings, brake fettling and more, the Roadster has also been provided with a new starter motor in 2020. Offered with a history file which includes a current V5C.