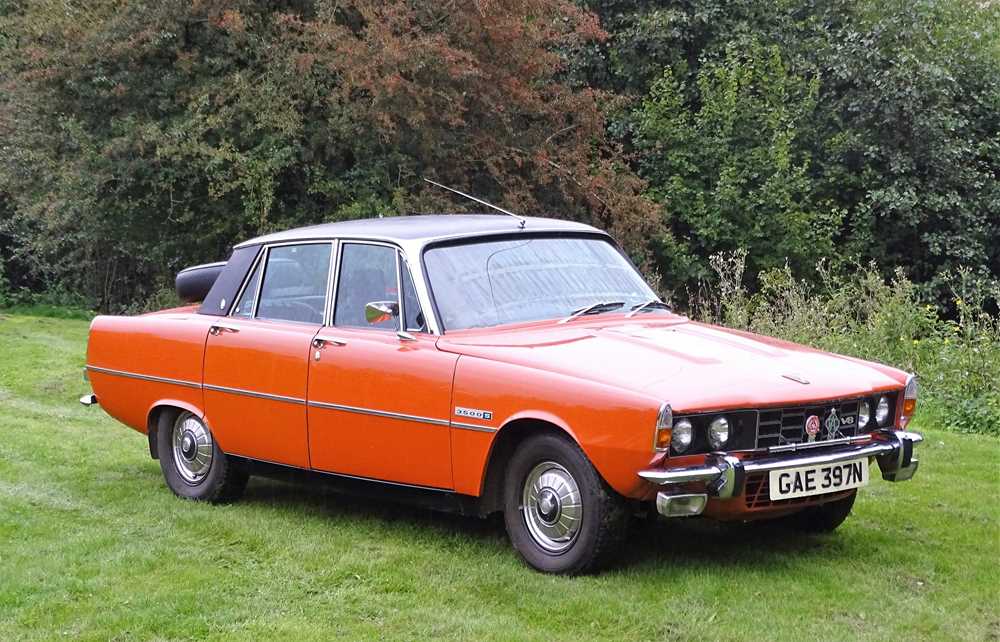 The original invoice shows that this exceptional Rover P6 3500S was supplied new by MWM Motors of Bristol to local resident Mr Pollard on 2nd December 1974. Finished rare Paprika Red with Ebony leather upholstery, its £3,186.75 purchase price included a spare wheel mounting, Radiomobile 1095 unit and full ‘End Rust’ treatment (the corresponding sticker for which remains affixed to the rear window along with one for MWM Motors). Maintained and MOT tested by its supplying dealer for the whole of Mr Pollard’s twenty-five year ownership, the Fishponds-based firm also treated ‘GAE 397N’ to a bodywork refurbishment (new wings etc) and respray.

Passing to a family friend following Mr Pollard’s death in 1999, the sports saloon was similarly cherished with Gunston & Kelly of Bristol taking the MOT baton over from MWM Motors. A multi-award winner and regular at car shows around the South West, the Rover has only ever hard three registered keepers between the two families. The odometer reading froze at 81,640 miles in 2017 but the car has only seen minimal usage since then. Starting readily upon inspection and running well with a distinctive V8 burble, it is not hard to see why the P6 3500S was judged ‘Best Classic’ at the 2018 Vale of Avalon Vintage Vehicle Road Run.

As well as its original ‘Passport to Service’, owner’s manual, Radiomobile instructions and history file (with numerous old MOTs back to 1977), ‘GAE 397N’ also comes with a two-part Repair Operation Manual which is not only in its original Rover British Leyland cardboard box but also accompanied by its original invoice for £8.50!

Introduced in 1963, the Rover P6 was a truly innovative design. Based around an unusual 'pontoon' chassis equipped with bolt-on panels, coil-sprung suspension (inboard at the front a la contemporary F1 cars) and servo-assisted disc brakes, it won the inaugural 'Car of the Year' award. Launched in 1971, the flagship 3500S model was powered by a 3528cc OHV V8 engine mated to four-speed manual transmission. Quoted as developing some 150bhp and 201lbft of torque, it was reputedly capable of 0-60mph in 9.2 seconds and 123mph. Sporting the same matt black grille and improved interior as its lesser post-1970 facelift siblings, it came with a vinyl roof and Rostyle type wheels as standard.